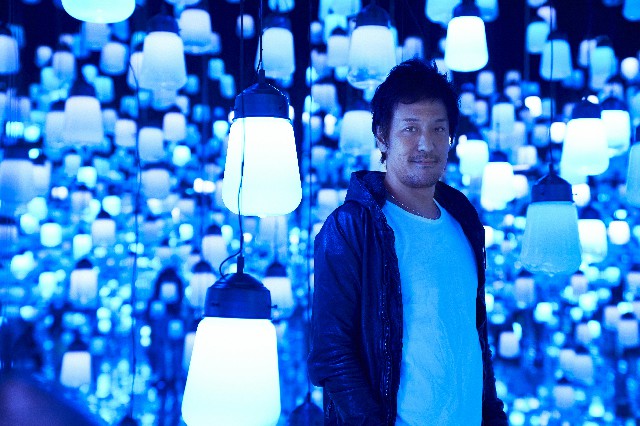 Immersive visual arts collective teamLab is set to open a permanent museum at The Venetian Macao in February 2020. Named teamLab SuperNature, the museum will present a series of installations and digital artworks that is only premiered in Macau.
teamLab SuperNature will offer a digital-only, constantly evolving “body immersive” space, a world of artworks that blur the boundaries between the human body and art.
Currently, teamLab has two permanent museums in Singapore, two in Tokyo and one in Shanghai that was just recently opened.
In an exclusive interview, the founder of teamLab, Toshiyuki Inoko, said that the museum that will be placed in the city is the fourth largest museum the company will build.
“We have the teamLab Borderless museums in Shanghai and in Tokyo. However, the one that we are going to launch here will have a different concept from that,” said Inoko.
“It is rather closer to teamLab Planets, which is another museum in Tokyo, where visitors will be immersed in extremely immense artworks with their entire bodies. This will be a group of artworks and extremely large artworks – that is going to be the uniqueness of this exhibit,” he added.
teamLab SuperNature aims to make the boundaries between the body and the artwork ambiguous, and transform the relationships between oneself, others, and the world into something continuous.
teamLab SuperNature will also include new ‘Future Park’ and ‘Athletics Forest’ areas.
Future Park is an educational project and amusement park based on the concept of collaborative creation or co-creation. Inoko noted that teamLab aims to explore the idea of co-creation among children dubbing this segment as the “school of the future.”
“We are going to install that area permanently but that will be extremely large and immersive. The size of it is something that we have never created,” said Inoko.
Meanwhile, Athletics Forest is a creative athletic space that helps train spatial awareness – which the company also dubbed as a “future physical athletic space.”
It develops the body as well as the brain, based on the concept of understanding the three-dimensionality of the world through the body.
Explaining more on the installations that the public can expect, the founder said that they are experimenting with an installation of floating cloud mass through which a person can walk.
“This is a very new experience for humanity. It will be an unprecedented experience that we are exploring right now. We are experimenting with it in Tokyo. We always rent out a huge warehouse to do the experiments,” he said.
“An artwork that is [also] going to premier for the first time is this sculpture of the collection of the plains that is made of lights. That is something that we have never created before. Never-before-seen artworks are going to premier here,” said Inoko.
The founder also stressed that the team’s large concepts are always defined from the start – however, its project goal tends to remain unclear. The whole team then needs to repeat the process of creating prototypes, experimenting, and thinking more finely as they progress.
teamLab SuperNature will be housed in Cotai Expo Hall F, with 5,000 square meters of floor space.
With eight meter-high ceilings throughout, the company pledged that the space will turn into an “extremely complex, three-dimensional world across varying elevations, featuring immersive and compelling artworks.”
teamLab has been the subject of numerous exhibitions at venues worldwide, including New York, London, Paris, Singapore, Silicon Valley, Beijing, Taipei, and Melbourne.