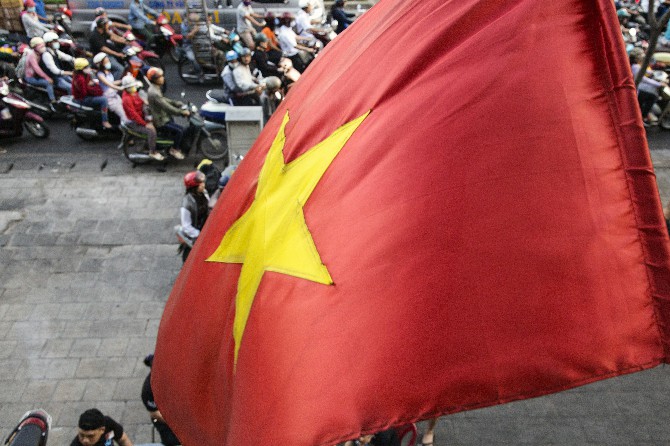 Some Vietnamese non-resident workers returned to Macau after the Chinese Lunar New Year break to discover they had lost their jobs, according to the Consulate General of Vietnam in Hong Kong and Macau.
According to the Consulate General, the temporary closure of the hospitality and catering venues has led to layoffs among Vietnamese nationals working in the SAR. During the Covid-19 outbreak, a number of migrant workers were reported to have been terminated from work or were tricked into signing statements that resulted in their termination, the Times learned.
“The hospitality and catering industries are cutting down jobs or even closing due to the reduction in tourist arrivals. As a result, the Vietnamese workers are also affected,” said the Consul General of Vietnam for Hong Kong and Macau, Tran Thanh Huan.
“We have been informed that some of the Vietnamese workers lost their jobs when they came back for work after the Lunar New Year break,” the official confirmed.
The consulate said that during this period, it has kept in close contact with the community to provide them with updates on the situation.
Currently, there are approximately 15,000 Vietnamese workers in the SAR, making it one of the most popular source markets for foreign labor after mainland China, Hong Kong and the Philippines. Huan expects that the number will continue to grow once the epidemic ends.
“Indeed, this is a difficult time for workers in so many places, as businesses are being disrupted by the Covid-19 outbreak,” he said.
The consulate has run a small office in Macau that provides services as a consular section of the Consulate General every Wednesday and Sunday for several years.
Huan said that being open twice a week ensures that the consulate is up to date with the Vietnamese community’s situation in Macau, and is a bid to provide timely assistance to its citizens.
“We have a large Vietnamese community in Macau and the need for consular assistance among the community is very high,” said the official, adding that the variety of consular services provided includes the issuing or replacement of travel documents, consular certification or legalization of documents, among others.
Annually, the community gathers to celebrate its own version of Lunar New Year called Tết, which is the most important celebration in Vietnamese culture.
For the consulate, Tết and the National Day of Vietnam are the two most important celebrations for its migrant workers in different regions.
Last year, the consulate invited an art group from Vietnam to perform for the community, as the consulate aims to convene cultural and sporting events to increase contact and exchange between staff at the consulate and the Vietnamese community in Macau.
“These activities are very important for the Consulate General to not only inform workers on updates of relevant government regulations, but more importantly, to enhance the relationship between the Consulate and the community, as well as the relationship and friendship among the members of the community,” said Huan.
“The events also give us opportunities to listen to the aspirations and understand the needs of the community, to ensure our Vietnamese citizens sense the community belonging and that they know they can seek assistance from the consulate when in need,” he added.
The consulate previously called on Vietnamese migrant workers to comply with the SAR’s regulations and laws while promoting patriotism and their traditions in the city.