Where to draw the line with self-study? Mainland and Macau instructions differ 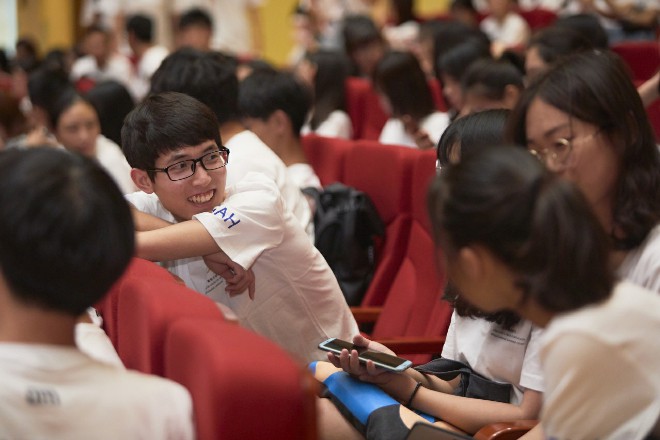 With the announcement of school re-openings being indefinitely postponed, the motherland’s education authority and Macau’s education authority have given different instructions to teachers, students and parents regarding whether students should self-study until schools reopen.
Recently, both mainland and Macau education authorities decided to postpone the opening of schools amid the development of the 2019-nCoV epidemic.
In mainland China, most provinces have requested that schools do not open before mid- February, some before March. Like mainland China, Macau also suspended its original school opening schedule, requesting that students from all year levels not return to school until the local government issues further information. The duration of Macau’s school suspension also remains indefinite.
Both Macau and mainland China have been among the top ranks in PISA performance over the past years, and Chinese communities are well-known for their strict and intense domestic policies for children’s school performance.
However, currently mainland China and Macau have made different suggestions to students, parents, teachers and schools as to whether students should self- study before school resumes.
Earlier this week, the Ministry of Education of China issued a ban on online teaching or any kind of formal teaching of the school curriculum. The mainland education authority pointed out that students have winter holiday homework, and if schools provide online courses they will have more schoolwork to do. Besides calling for a halt on online teaching of the new semester curriculum, the mainland education authority suggested that schools arrange online teaching about epidemic prevention and mental health consultations.
“Prioritize children’s physical and mental health, cherish the precious holiday, and ensure students have a happy holiday,” the Ministry of Education urged mainland parents and schools.
Despite the calls of the education authority, some schools in mainland China are still teaching the new semester curriculum online.
In Macau, the local government has clearly suggested that local parents supervise their children’s self-education at home.
The Guangdong government also said that it may shorten the next school summer holiday due to the postponement of school opening.
“School is suspended, not studies,” according to the slogan of the Education and Youth Affairs Bureau (DSEJ). Many mainland Chinese local education authorities have secretly assigned students online courses to finish. The Macau government has also released self-education materials to local parents. The materials include voice recordings and videos prepared by the relevant teachers.
According to a report by public broadcaster TDM, lawmaker Wong Kit Cheng said that some local parents complained they did not have the time to teach their children at home because they still had to work.
Wong suggested DSEJ issue online teaching materials weekly. She hopes that the study will be focused on reviewing old knowledge or readings in order to avoid increasing pressure on students, parents and teachers.
Kong Ngai, director of the Division of Education of DSEJ, said that the extended holiday period would be counted as school days, hinting that local government has no plans to shorten the summer holidays.