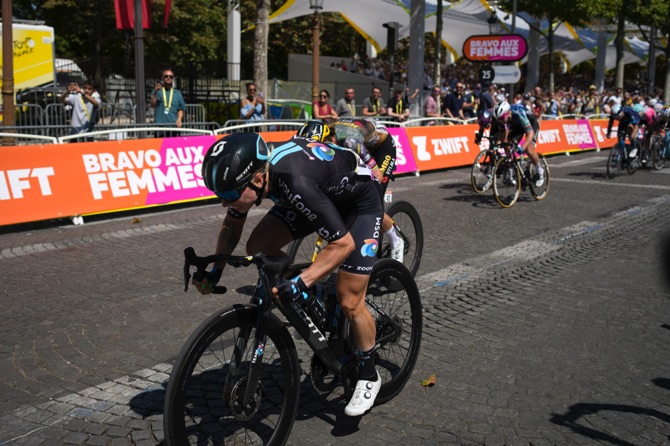 Lorena Wiebes of the Netherlands sprinted to victory yesterday in the first stage of the women’s Tour de France which returned after a 33-year absence.

The Team DSM rider struck in the last 150 meters of the 82-kilometer circuit in Paris to beat former Olympic champion Marianne Vos to the line on the Champs-Elysees.

Wiebes punched the air in celebration.

It’s the first time since 1989 that a women’s edition of the Tour de France is being held. Tour de France organizer Amaury Sport Organization (ASO) previously organized La Course, a one-day race held in Paris coinciding with the men’s Tour.

The first stage started from the Eiffel Tower and ended on the iconic avenue, just hours before the conclusion of the men’s race.