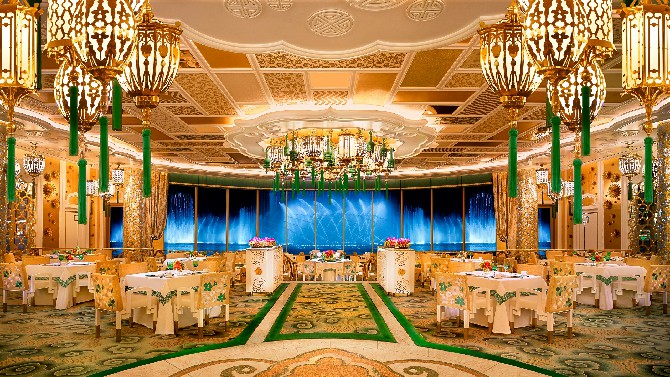 The Michelin Guide Hong Kong Macau 2021 unveiled the list of the newly awarded restaurants and eateries yesterday.
Wing Lei Palace was one of the highlights of this year, receiving its first Michelin star in the hands of veteran chef Tam Kwok Fung. The number of Michelin starred restaurants in Macau has grown to 18.
Including the new entrants and promotions, the Michelin Guide Hong Kong Macau 2021 distinguished a total of 50 one-star restaurants in Hong Kong and nine in Macau.
This year, and for the first time, the Michelin Guide gave a green star to two restaurants in Macau and Hong Kong, in recognition of their commitment to sustainable gastronomy. In Macau, the new sustainability award was granted to the Macao Institute for Tourism Studies (IFTM) Educational Restaurant highlighting their efforts with sustainable practices such as growing some of their vegetables and herbs and having policies into force to achieve zero-waste.
The local training unit, established to support the development of the hospitality industry, was noted for employing practices such as converting food waste into fertilizer, growing their own herbs and greens, and using a solar energy system. A paperless policy and the use of infrared sensor-driven electrical appliances as part of their commitment to reducing energy consumption were also noted as important factors in the decision to grant the green star award.
For 2021, the full Macau list retains the three previously attributed three-star restaurants (Jade Dragon, Robuchon au Dôme, and The Eight) and six two-star restaurants (Alain Ducasse at Morpheus, Feng Wei Ju, Golden Flower, Mizumi-Macau, Sichuan Moon, and Wing Lei). The number of one-star restaurants increased from eight to nine (Lai Heen, 8 1/2 Otto e Mezzo – Bombana, Pearl Dragon, The Golden Peacock, The Kitchen, Tim’s Kitchen, Wing Lei Palace, Ying, and Zi Yat Heen).
One of the curiosities noticed at the announcement of this year’s awardees was the fact that some of the restaurants included in the list, such as Sichuan Moon and The Golden Peacock, have been closed almost throughout 2020 due to Covid-19.
The Michelin Guide also awarded 25 restaurants with the Michelin Plate and nine Plate street food addresses that added to the seven Bib Gourmand restaurants previously announced in mid-January, raising the tally of establishments in Macau with Michelin awards to a total of 59.