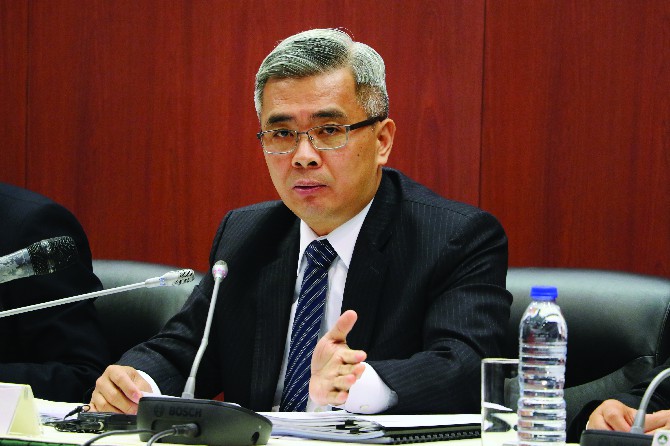 In a reply to a written inquiry from lawmaker Sulu Sou, the Office of Secretary for Security denied that the security branch has overstepped its legal authority in not allowing civil assembly.
Sou’s written inquiry raised the question of whether the authority has crossed a red line in allegedly discouraging an assembly in support of the protests in Myanmar.
In response, the security official’s office has stressed that all decisions made by the authority were legal.
To support its claim, the Office of the Secretary said that in year 2019, two assemblies were barred, while in 2020, five assemblies and two protests were barred. The reason given by the office for the interdictions was that the two 2019 events were barred because their themes were illegal.
The events in 2020 were barred due to the Covid-19 pandemic, the office explained. The statement also stressed that the office was following guidelines issued by the Health Bureau. Nonetheless, the office did not give an explanation why 69 assemblies and two protests were allowed during the year.
Sou also cited the Basic Law and the UN International Covenant on Civil and Political Rights, to underline the importance of protecting the rights of civil assembly and protest in Macau.
However, Wong’s office argued that there is no absolute freedom. It said the local laws do not allow civil assembly or protest of an unlawful nature. It stressed that permission for such activities is not at the discretion of the police. AL