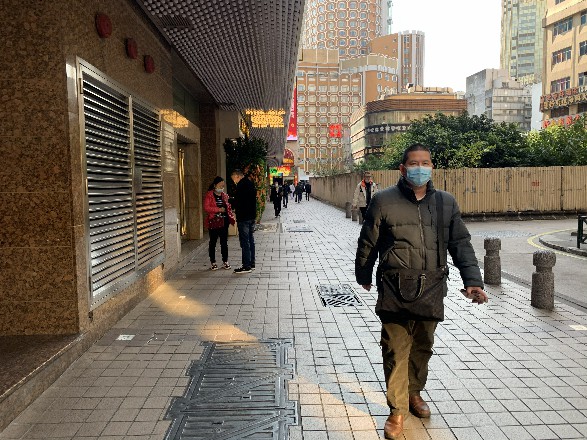 The operator of a nightclub and sauna inside a Macau casino has asked about 20 non-local workers of Vietnamese, Philippine and Indonesian nationality to sign a statement – in a language they cannot read – leading to their immediate dismissal.
The Times has learned that the Fortuna Night Club and Supreme Sauna, both located inside the Hotel Fortuna in Macau’s ZAPE area, started to terminate the employment of a group of non-resident workers yesterday.
As entertainment facilities, the nightclub and sauna are subject to the unprecedented 15-day suspension of activities that took effect at midnight Wednesday.
The company responsible for the two venues allegedly told the workers yesterday that they would be going on leave for two months because of the suspension and the expected disruption in the period following the two-week closure.
The workers were issued a letter in Chinese – a language that they cannot read – and told it said that they accepted the terms of the two-month leave of absence from work.
However, contrary to what was stated by the company, the letter in fact acknowledges the termination of the worker and states that they have already received all due compensation.
“The undersigned declares that the employment has ended, with all remuneration received,” reads one letter seen by the Times.
Non-locals in Macau must obtain a work permit to take up employment in the city. When the work permit expires or is relinquished by their employer, the worker has just eight days to leave the city before they enter a state of illegal overstay.
According to a workers’ representative, who has at this stage requested not to be named, nine of the staff members who were on-duty last night have already signed the letter, while the remainder have been instructed to do so before 6 p.m. today.
The Times understands that all of the affected staff are non-local workers. Some of them have been working for the company for 12 years.
One of the affected employees told the Times last night that the group had been tricked into signing the letter because they can’t read Chinese characters. She said that they were given the letter while receiving their salary for January and had been told that the leave would last two months, rather than two weeks as per the suspension.
Upon learning of the actual content of the letter, the worker and her colleagues approached the offices of the Labour Affairs Bureau (DSAL) only to learn it was closed along with most other non-essential departments of the government. She said that the group did not know how otherwise to report the case to the authorities.
According to the same employee, this type of situation has occurred before at the company. On those occasions, former employees had presented complaints to the DSAL and the bureau had helped them to obtain compensation and an airline ticket back to their home country.