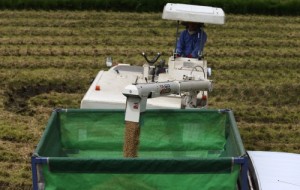 Mosap, a market-focused family farming project, underway since 2012 in the provinces of Bie, Huambo and Malanje, has funding of USD20 million from the World Bank, noted the World Bank representative in Angola.
Aniceto Bila said in Andulo district, 130 kilometers north of Kuito, that the funding allowed the consolidation of all activities including training of farmers, supplying seeds, fertilizer, and agricultural production equipment, as well as increased investment in agriculture.
The World Bank representative in Angola noted that of the activities carried out in the three provinces, Bie was the beneficiary of 50 percent of the total, notably in farming the land and raising animals.
Mosap is an initiative of the Ministry of Agriculture and Rural Development, funded by the World Bank, the International Fund for Agricultural Development (IFAD) and its target group is family farmers with an average area of ​​cultivation without irrigation of between 1 and 2 hectares with the possibility of expansion to 2.5 hectares.
The project started in 2012 and aims to increase production of maize, beans, cassava and others, as well as the breeding of large, medium and small animals by rural families.
As part of the project 867 head of cattle, 420 plows, 239 tons of seed potato, 14 tons of butter beans, 204 tons of various fertilizers, among other items, were distributed in 2013. MDT/Macauhub