World Views | Fox News follows the money away from Trump 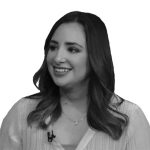 Fox News, calling itself a “center-right” network, is distancing from Donald Trump and effectively reminding investors that its political coverage and on-air roster are more profit strategy than ethos and will be adapted when needed.
The network caters to an audience that is “firmly center-right, and we don’t pivot or change that,” CEO Lachlan Murdoch said on Fox Corp.’s earnings call yesterday [Macau time]. “We don’t need to go further right, we don’t believe America is further right. And we’re obviously not going to pivot left.”
It was an interesting choice of words considering that this does sound a little bit like a pivot. Most would say Fox News’s popular opinion shows had moved further right in both the runup to and wake of the November U.S. presidential election, as its top personalities at times echoed former President Trump’s spurious claims of widespread voter fraud that stoked an angry uprising among his supporters. Fox is now trying to fight off a defamation lawsuit filed last week by Smartmatic Corp., a provider of voting equipment that’s seeking $2.7 billion in damages from Fox News, along with its commentators Lou Dobbs, Jeanine Pirro and Maria Bartiromo, as well as two attorneys close to Trump — Rudy Giuliani and Sidney Powell. Notably, Dobbs, one of Trump’s staunchest allies and host of Fox Business Network’s most-watched program, just had his namesake show unceremoniously canceled.
For a time, embracing Trump was the most lucrative move. Now, it’s not. That’s the cold, business point of view that drives investors — even some who don’t personally agree with Fox’s programming. Ever since Trump turned on Fox, other tinier outlets such as Newsmax TV and One American News Network have used it as a ploy to lure Fox fans. Fox News’s ratings are down 23% this year, according to Nielsen data compiled by Bloomberg Intelligence. But that’s the short game.
To remain the dominant cable-news network, Fox needs to disentangle its brand from Trump and find a new message. And Americans generally seem to be craving something a bit tamer.
However it pivots, Fox’s profits are well insulated from fickleness among viewers and the shift from cable TV to streaming services, as I noted in December. That’s because of multiyear affiliate deals Fox has secured with pay-TV providers that lock in a substantial portion of its earnings. Fox News and Business generate only 30% of their money from advertising — a market prone to fluctuations during macroeconomic events such as a pandemic — with the rest coming from affiliate fees, according to research firm MoffettNathanson LLC. That’s a more favorable split than other more ad-dependent network operators such as ViacomCBS Inc. and Discovery Inc.
Advertiser demand did drive an 8% increase in total company revenue to $4.1 billion for the latest quarter, but Fox’s power lies in the need for every distributor to carry its channels. “The pricing power of our affiliate revenue remains relatively untapped,” Murdoch said. “We think we can continue to drive pricing for Fox News well ahead of any sort of volume declines in subscriber numbers.”
Even so, shares of Fox were down 4% at noon New York time — perhaps partly a misinterpretation of the headlines summarizing Murdoch’s earnings call remarks. It might sound as if, despite lower TV ratings, the network is stubbornly clinging to a center-right political messaging. What investors are forgetting is that Fox News wasn’t there to begin with. Tara Lachapelle, MDT/Bloomberg