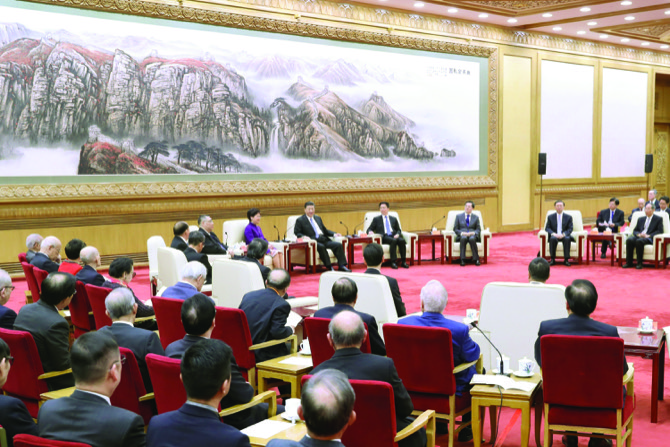 The delegations are visiting Beijing to celebrate the 40th anniversary of reform and opening-up. Vice Premier Han Zheng also attended the meeting.

Quoted by Xinhua, Xi stated that the SARs “still hold unique positions, have unique strengths and will play an irreplaceable role.” Both regions are expected to “continue participating in the country’s reform and opening-up with sincere patriotism and pioneering spirit.”

The Chinese president said the reform and opening-up over the past four decades was a cause that Hong Kong, Macau and the mainland complemented one another on and prospered together with, while the two regions integrated their own development into the overall development of the country.

“We should fully understand the roles that Hong Kong and Macau will play in the country’s reform and opening-up in the new era, and support them in seizing opportunities and riding the momentum to foster new advantages, play new roles, achieve new development and make new contributions,” he said.

Xi called on the two SARs to “take advantage of their extensive connections with the outside world to proactively push for more international people-to-people exchange, spread fine traditional Chinese culture.” He also called on Macau and Hong Kong to lead in attracting capital, technology and talents.

The meeting was attended by the leaders of both SARs, namely Chui Sai On and Carrie Lam.

In the afternoon, Chui Sai On met with reporters, making a brief presentation on the outcome of his three-day tour to Beijing. The CE highlighted the significance of Macau’s bridging roles, in terms of the city’s close ties with the Portuguese-speaking countries and of its cooperation efforts with several provinces and regions on the mainland.