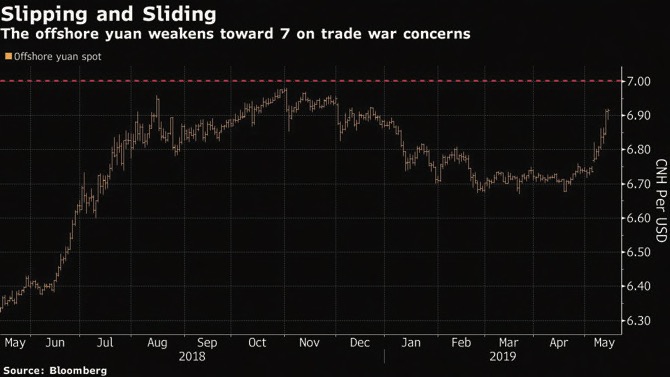 A rally in the yuan proved fleeting, with the currency once again inching closer to the 7 level against the greenback.

The offshore yuan slipped 0.04% to 6.9147 per dollar after rising as much as 0.35%. Traders had attributed the earlier gains to comments by President Donald Trump that talks are “going to be very successful” and a surge in the currency’s interbank borrowing costs in Hong Kong.

“The rally in the yuan didn’t last because it wasn’t built on a solid foundation, such as progresses made on the trade talks, but was based on a few comments made by Trump,” said Gao Qi, a currency strategist at Scotiabank in Singapore. “So now traders are selling the currency in case there’s any negative news on the negotiations overnight.”

The offshore yuan weakened past 6.9 on Monday for the first time this year amid the China-U.S. trade tensions. The currency has tumbled 2.6 percent this month as the worst performer in Asia. The People’s Bank of China will want to keep the currency stronger than 7 per dollar as a break may lead to a “vicious cycle” of capital outflows and sharper depreciation, according to Macquarie Securities Ltd.

Demand for the yuan may tighten further today, as traders seek funding to buy 20 billion yuan ($2.9 billion) of bills that the PBOC plans to sell in Hong Kong.

“If the offshore yuan clearly breaches above 6.9, there will be new sell-off as markets need to massively unwind the option trades that were generally betting it would remain range-trading between 6.6 and 6.9,” said Hao Zhou, a senior emerging markets economist at Commerzbank AG. Bloomberg 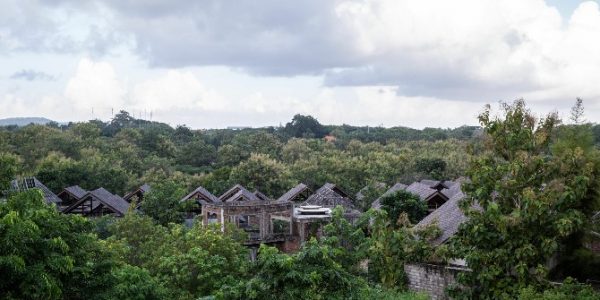