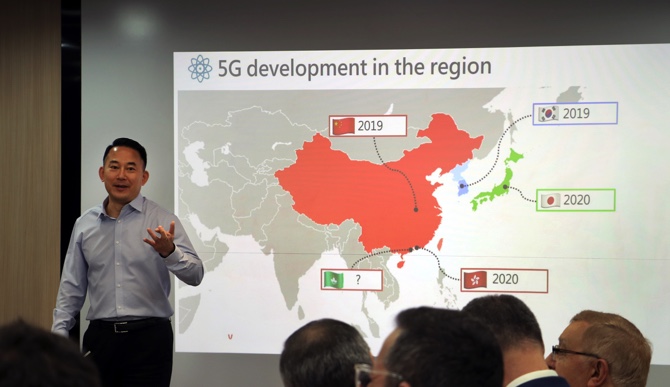 The government has finally launched the much-anticipated public tender for the fifth generation of wireless communication networks (5G).

The rules and regulations for the public tender were published this week on the government’s official gazette, stating that proposals can be submitted until 5 p.m. August 12.

The government expects that, after the tender, operators will be able to launch the 5G service in Macau within the first quarter of 2023, the Macao Post and Telecommunications Bureau (CTT) said in a press statement.

Among the rules, it is also stated that bidders cannot, when bids are submitted, hold a shareholding or interest in another company also tendering, and that if any change to the company stakeholders occurs during the tender, CTT must be immediately notified.

The proposal documents should also include a system construction plan, including the detailed construction project on the network coverage indicating the specific scope of the network coverage, with the minimum goal of building, at the  bidder’s expense, “a system capable of effectively reaching a minimum of 50% of the Macau SAR territory within 12 months counting from the date of issue of the license,” also providing, in the following 18 months, “the coverage, with good quality, of the entire territory through the construction of a system, owned solely by the tenderer or owned in partnership with another entity through infrastructure sharing.”

The CTT also said that the proposal documents must include details about the structure and size of the tenderer as well as an estimation of the number of job that will be created in the local labor market.

The company plans for the 5G network should also include expansion plans, social benefits, and investment for the first five years.

The period of validity of the proposals is 240 days, counting from August 15, the date on which the bids received will be opened.

Last month, the major communications player – CTM – urged the government to move forward with the tender, claiming that Macau is already several years late in implementing this technology in comparison with the mainland, Hong Kong and South Korea, to note a few, which have launched the service in 2019 and 2020.