Acclaimed choreographer calls on enthusiasts to ‘be dedicated’ 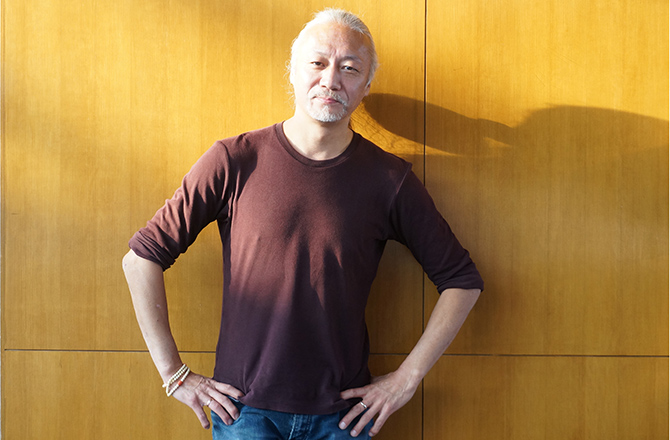 Veteran contemporary dance choreographer and teacher Sang Jijia encourages emerging dancers to become dedicated and grab any chances available if they want to shine in their artistic career.
He added in an exclusive interview with the Times that he is a vivid example himself.
“When I told my parents – then I was only 12 – that I was departing for Beijing to explore an artistic career, they objected it,” Sang recalled.
“But I didn’t care. I insisted. I wanted to go to Beijing because I wanted to see a broader horizon,” he recalled. At the end of the day, his parents gave in to his unbending insistence and allowed him to travel to Beijing.
Originally from the Tibet community in the Gansu Province of China, the experienced artist has won numerous awards since the 1990s. He was also chosen, in 2002, by the Rolex Mentor and Protégé Arts Initiative to study choreography under Master William Forsythe in Germany and remained at Ballet Frankfurt and the Forsythe Company as assistant choreographer. Sang is a resident choreographer at the City Contemporary Dance Company of Hong Kong.
He was in Macau earlier this month for an audition at the Macao Cultural Centre (CCM), which invited him to lead its annual Artist-in-Residence Project. With the audition concluded, Sang is currently deciding on selecting one choreographer and four dancers at maximum for a show to be staged in September next year.
It is not rare to see parents obstructing or opposing their childrens’ pursuit of artistic creation as a career. On the cliched problem of family pressure in choosing between aspiration and reality, Sang said when one is committed, they will stand stiff against the pressure.
Nonetheless, he addressed that parents’ objections are usually founded in goodwill. It is often out of the fear that their children will suffer hardship such as lack of income. However, he believed someone so dedicated to the arts as a career will not settle for a regular 9-to-5 career.
Moreover, he encouraged local dancers to never let go of any opportunities of which they can make use to foster their own progress, such as this one by the CCM, because the production will not only debut in Macau as a global first, but also premiere in Hong Kong next November.
Meanwhile, Sang is also working with the CCM to bring the show to mainland cities. In addition, the show may, after its premiere, add in dancers from Hong Kong and mainland China.
The reason behind this is to allow local talents to be seen. “That’s why we’re aiming to bring the production out of Macau to present to a larger audience,” Sang remarked. “Therefore, they will be seen and remembered by more people. Only then, more opportunities are possible,” said Sang.
The audition has attracted most of Macau’s experienced contemporary dancers and choreographers, including a local dancer who is now studying in Taiwan. In addition, some young dancers in Hong Kong have also signed up. Most importantly, they are all Macau ID holders.
On this collaboration with the CCM, the choreographer said it was a new form of collaboration to him.
“To mainly instruct for the sake of showing promising dancers on their creations and productions, so that they can take fewer winding roads, is a new experience to me,” Sang explained. “I feel rather anticipatory.”
The experienced choreographer commented that the platform for contemporary dances is still rare and small in Macau. This collaboration with the CCM is valuable to Macau, he said.
While mentoring selected local dancers, Sang admitted he will be more an inspirer than an instructor.
“It is very difficult to convey creativity. When an artist has the inspirations, they have their own plans or views already. We need to respect them,” he explained. “However, in my experience, what we can give them is to rationalize the structure of the work, or to offer different perspectives to their imaginations.”
When asked whether he will make a show based on the year 2020, Sang said it is difficult to foresee. “However, the Covid-19 pandemic will have an impact on how one views life,” he stressed.
According to Sang’s observations from this audition, dancing may still be considered a feminine career in Macau because the audition has attracted more female than male dancers, making it an area which can be greatly improved on. 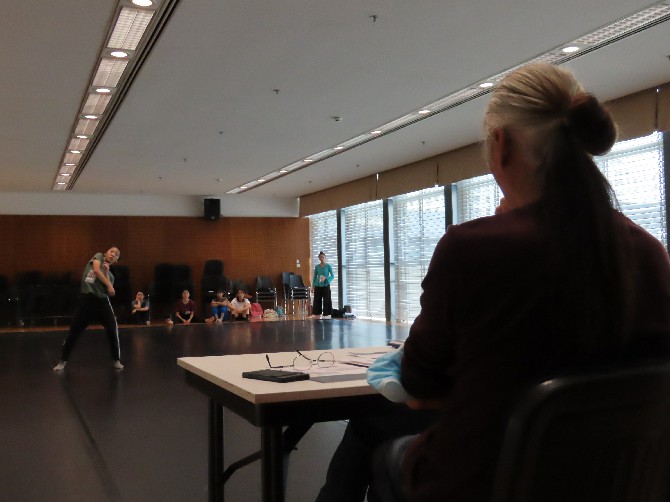