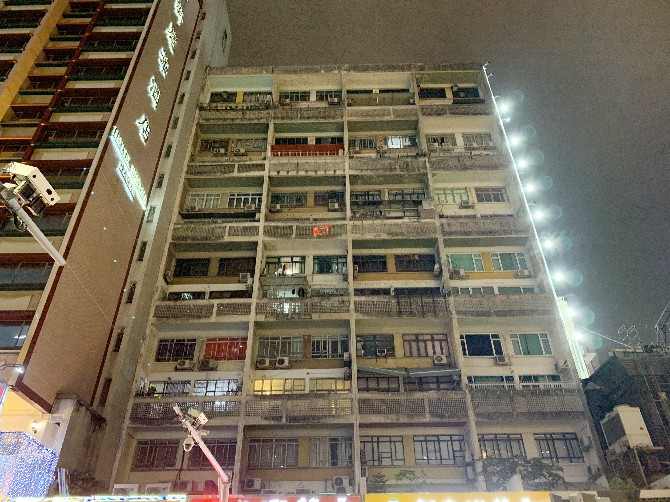 The non-profit activist group Docomomo Macau has once again called for support from the public and government for the conservation of one of Macau’s oldest housing blocks — the Rainha Dona Leonor (RDL) — which has been under threat of demolition.
Docomomo, an organization that supports the preservation and recognition of architecture in Macau, released the results of its assessment regarding the RDL housing block in a seminar yesterday.
The group drew on the background of the architect, José Lei, to reiterate the high heritage value of this architecture.
“Knowing the [architect] is so important,” said Rui Leão, president of Docomomo Macau, at the seminar, adding that “because the classification of a building is not just about the object itself, […] it’s also an issue of understanding the significance of the [architect], his contribution as a whole, and understanding how this work was at the time recognized.”
The RDL was the first high-rise residential building in downtown Macau with an elevator and was created by architect José Lei in the late 1950s.
Lei was the son of Antonio Lei, the architect of public and private buildings in Macau such as the old Courthouse at Praia Grande Avenue, and was born in Macau in 1930.
Lei established himself as a professional architect in Hong Kong. Some of his notable work includes the design of the Hong Kong Space Museum, the Cultural Center and the Hong Kong Museum of Art
“Lei is not only a local architect, but also a locally-bred architect,” Leão stressed, noting that he was also the creative mind behind many internationally-
known achievements in the realm of architecture.
The RDL was the first building to feature verticalization in Macau, symbolizing the process of the city’s modernization. In addition to being designed by Lei, a professional born and bred in Macau, it is important for the building to be classified, the president claimed.
Leão, who is an architect himself, emphasized that the assessment report reveals that the RDL actually complies with all the five criteria for the classification of buildings laid down in the Cultural Heritage Protection Law – No. 11/2013 (Article 18).
“From our point of view, the most important thing is to create an exercise with the IC [Cultural Affairs Bureau] to put the law in the practice,” he said.
Over the past two years, the organization has been proactive in conserving the RDL. In June 2018, Docomomo delivered a letter to the former Chief Executive Chui Sai On, calling on him to recognize the importance of the building.
The plan to tear down the RDL was first proposed in 2018 by its owner Holy House of Mercy. They announced their intention to remove the building owing to the high maintenance costs, and construct a new high-rise on the site instead.
Another example of architecture assessed in the report was Escola Portuguesa de Macau, an international school near Grand Lisboa Hotel which is about to undergo an expansion project.
Docomomo suggested the school downscale the project in order to maintain better visibility in the area.  Staff Reporter