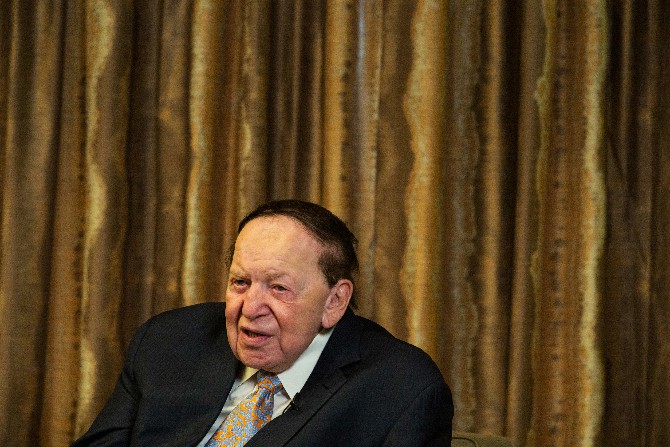 Casino mogul Sheldon Adelson and his wife Miriam Adelson gave $25 million to the Senate Leadership Fund, a super-PAC tied to Majority Leader Mitch McConnell, part of a $37.4 million haul the group raised in August, according to its latest filing with the Federal Election Commission.
The fund works to defend the Republican majority in the Senate, which is at risk due to several competitive races for incumbents. The fight over how and when to fill the Supreme Court vacancy left by the death on Friday of Ruth Bader Ginsburg only makes those races more uncertain.
In addition to the Adelsons, billionaire Steve Wynn, who stepped down from his casino business in 2018 amid sexual harassment allegations, gave $4 million. William Oberndorf of Oberndorf Enterprises, Ronald Cameron, owner of Mountaire Corp., and Beal Bank Chairman Andrew Beal each gave $1 million.
Adelson is the founder, chairman and chief executive officer of Las Vegas Sands Corporation. He also heads the company’s Macau-based subsidiary, Sands China, which operates several properties in the Special Administrative Region including Sands Macao, The Venetian Macao and The Parisian Macao.
After spending $28.8 million in August, the super-PAC ended the month with $126.1 million cash on hand. Its Democratic counterpart, the Senate Majority PAC or SMP, has yet to report. MDT/Bloomberg