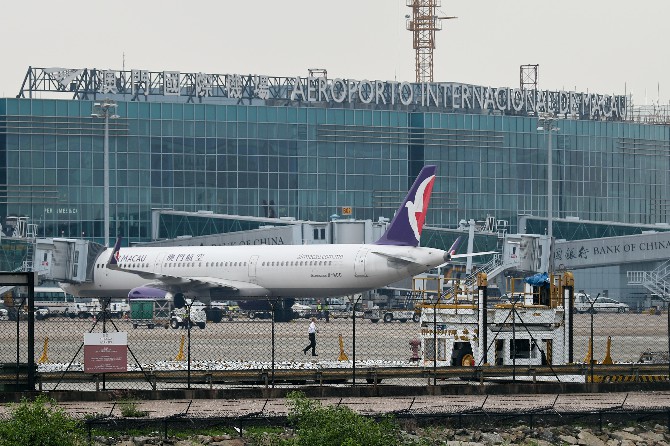 Macau International Airport (MIA) suffered operational losses last year due to the pandemic bringing global tourism to a standstill. However, the chairman of the Board of Directors of Macau International airport Company (CAM), Ma Iao Hang, pledged that the airport had adhered to “prudent cash flow,” and was able to maintain cash levels to meet current business conditions.
Speaking during CAM’s Media Spring Lunch yesterday, the top executive said that the company “continues to fulfill its commitment to shareholders from the internal resources accumulated [over] past years” despite the significant decline in the airport’s revenue last year.
Ma also recalled that two rounds of relief measures were distributed to the aviation industry to tide it over during the difficult times.
Due to global travel restrictions and the city’s strict border entry rules, the local airport had inflows of only 1.17 million passengers in 202 – a staggering decrease of 88% year-on-year.
Aircraft movements stood at 16,962, which represents a yearly decline of 78%.
“MIA has worked closely with airlines to actively introduce ‘freighter’ business and increase the density and destinations of freighter service to make up for the impact of the lacking belly cabin resources on cargo capacity as far as possible,” Ma recalled.
MIA had a cargo volume of 33,346 tons, representing a year-on-year decrease of 21%, while full cargo flights in the market increased from 24% in 2019 to 71% in 2019.
Airports Council International predicted that global aviation passenger traffic is expected to record a 2.4% annual growth rate over the next five years, but that the recovery may not be balanced. Therefore, for Ma, MIA will continue to take advantage of the Greater Bay Area environment.
For now, the infrastructure project of the second terminal building of the airport has entered the design and build stage, while the main structure for the southern extension of the passenger terminal building is expected to have works completed by the end of the year.
The expansions will allow the airport to handle 10 million passengers.
In 2019, the airport received a total of over 9.6 million passengers.