All foreign workers to be allowed in from Monday 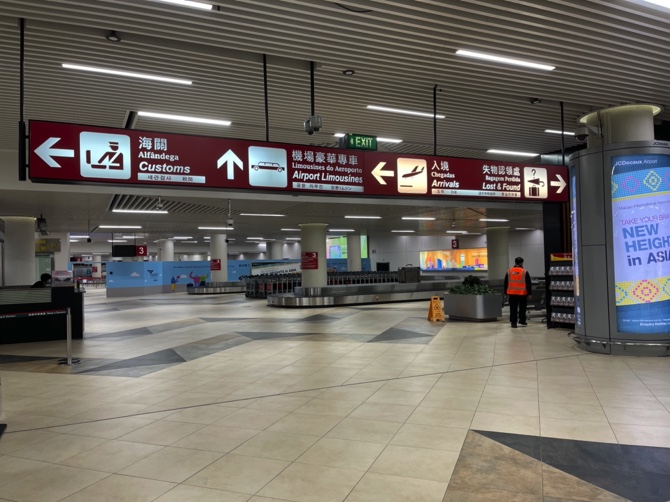 Non-resident workers of all nationalities will be accepted into the city from next Monday, a public health official told a press conference yesterday.

Currently, non-local workers who are allowed to enter Macau may only undertake domestic work, and a prior application for a waiver of entry restrictions with the Health Bureau (SSM) is required.

The third group comprises the family members of the second group of non-resident workers.

Prospective entrants will need to obtain a certificate from the PSP and present the certificate to PSP officers at border control when they first enter Macau under the scheme.

Leong announced that the health measures imposed upon workers in these categories will be based on their point of origin prior to entering Macau.

Those who arrive from mainland China will not need to make any other prior application to the local government as they enter Macau. However, other health restrictions currently in effect, such as quarantine-upon-arrival for entrants from areas of higher risk, will be imposed upon them if they enter from such areas.

They will be the first group of non-local workers allowed to enter Macau as early as from midnight on Monday, when the entry ban is lifted.

Workers arriving from other places, including but not limited to Hong Kong and Taiwan, will require a prior application to the SSM. Entry applications for these workers need to be initiated by their employer, while applications for related family members need to be made by the skilled professional entrant themselves. There will be no quota.

Applicants entering from outside mainland China must be fully vaccinated, with booster shots required if the primary doses were received more than six months before the entry date.

Those below 12 years of age are not required to be vaccinated to obtain permission to enter.

Furthermore, employers must promise to settle any relevant quarantine bill or medical bill should employees or prospective employees fail to do so.

More details on entry from outside mainland China will be released on June 17, and applications will open on June 24.

Leong explained that the loosening of the restrictions had been implemented in consideration of the city’s conditions in controlling and preventing Covid-19, as well as the needs of society.

In addition to the aforementioned details, Lei Tak Fai, division head for public relations for the Public Security Police Force (PSP), revealed that entrants from outside mainland China will need to obtain an entry visa from Chinese embassies or consulates if they hold the nationalities of Bangladesh, Nepal, Nigeria, Pakistan, Sri Lanka or Vietnam.

Lei added that if workers want to travel between mainland China and Macau while they are in Macau, they will need to comply with the regulations stipulated in Executive Order No 43/2021.

This order requires such people to possess a Chinese visa issued by the Chinese Foreign Ministry Commissioner’s Office in Macau and return to Macau during the validity of the visa.

They should not travel to places other than Macau and mainland China in the 21 days preceding their attempted entry to Macau.

As the government has discretion over each application, it is recommended that prospective applicants enquire with the relevant authorities for full information.