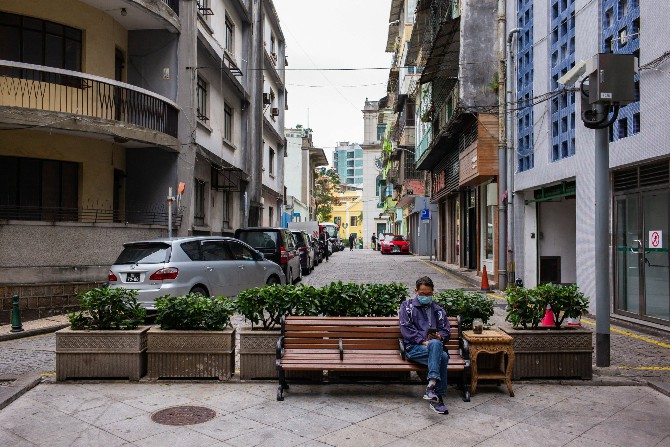 Macau is crossing its fingers and holding its breath for some good news during Golden Week, now little more than a week away.
Applications for travel endorsements to Macau resume across China tomorrow after two disappointing phases, first in the city of Zhuhai and then province-wide. According to sources familiar with the matter, it takes about seven days for an applicant to receive the travel endorsement. That would allow the first batch of cross-country visitors to arrive by October 1, China’s important National Day holiday, which commemorates the establishment of the People’s Republic of China.
After many months of economic hardship, Macau’s brightest hope for recovery lies with the upcoming Golden Week next month. Many businesses across town are depending on a promising result that signals the worst of Covid-19 is over. But if that does not occur, doubts about the pace of the recovery will resurface.
Traditionally one of the busiest periods in the gaming calendar, the seven-day Golden Week holiday offers a possible turning point for Macau’s downtrodden economy, which has endured many months of economic hardship even after the virus was defeated here. Macau has not seen a locally-transmitted case of Covid-19 in nearly six months.
This city’s characteristic overreliance on gambling makes it prone to enormous swings in gross domestic product that have seen the territory oscillate between one of the fastest-growing economies in the world and one of the fastest-shrinking.
The latest estimates from the Economist Intelligence Unit project that the local economy will contract by more than 60% this year, “with only a marginal recovery setting in by 2021.” By comparison, the World Bank and the Organisation for Economic Co-operation and Development expect the global economy to contract by about 5% this year.
The health of the economy now depends entirely on mainland visitors and their willingness to visit. So far, the evidence says they are not.
Macau welcomed fewer than 30,000 visitors last weekend, barely more than a weekend earlier, or any other since travel restrictions began to ease in late-August. As Macao Government Tourism Office Director Maria Helena de Senna Fernandes told Macau Daily Times, tens of thousands may seem like a lot on paper, but it is nothing compared to the 3 million or more monthly arrivals in 2019.
Analysts are divided on why the tourists and the gamblers have so far kept their distance.
One possible deterrent is the requirement that mainland visitors be tested for Covid-19 before they travel to Macau. They need to show the negative test result at the border as well as complete the health code conversion between Guangdong and Macau.
However, Macau residents of Chinese nationality are still crossing the border in the other direction in large numbers. Last weekend, Macau residents crossing into China outnumbered those coming to Macau by a ratio of four to one.
Another reason suggested by analysts is that Beijing is directing tourism flows to its domestic market, hoping to boost its slowing economy. Others say the appetite for high-stakes gaming is waning and that the ‘whales’ of the industry will prefer to spend the next few months trying to rebuild or salvage their personal fortunes.
Last year, Golden Week visitors to Macau narrowly missed the 1-million mark, totaling some 985,000 visitors during the week spanning October 1 to 7. That October marked the 2019 peak for gross gaming revenue with some 26.4 billion patacas wagered in Macau’s casinos. That year, the gambling industry was already in technical recession owing to a slowing Chinese economy, social unrest in nearby Hong Kong and worsening trade hostilities between the world’s two economic superpowers.
Now Macau’s top official, Chief Executive Ho Iat Seng, has warned that any tourism recovery in the SAR would be gradual. He even hinted that it might not come in time for Golden Week.
Sources among the six gaming concessionaires, who requested anonymity because they are not authorized to speak to the media, privately admit that the expectations for Golden Week are low, despite reports of high occupancy rates at some Macau hotels. Even so, there are indications that retail and food and beverage staff are being mobilized at some integrated resorts in anticipation of tourist arrivals.
SJM’s Chief Executive Officer Ambrose So told Hong Kong media over the weekend that he expects gross gaming revenue over the Golden Week period to be around one-third of 2019 levels.
In any normal year, a two-thirds contraction in gross gaming revenue would be a catastrophic disappointment. But in 2020, such a posting would make October the second-strongest month of the year in terms of revenue. It would also be a strong boost to the confidence of casino operators and the small businesses that depend on their spending power here.
Carlos Álvares, chief executive officer of note-issuing bank Banco Nacional Ultramarino, remarked to Macau Daily Times last month that local businesses had proven “very resilient” to the impact of Covid-19. However, the banking chief also conceded that the current situation was far from sustainable and some shift in the fortunes would have to take place soon.
“Everyone is waiting now,” agreed local economist Albano Martins. “We are in a scenario of improvement, but things can turn around quickly. If there is no casino growth, if the tourists do not come, […] if there is [another outbreak of Covid-19], we will all be in trouble.”
For Martins, this worst-case scenario would see more small businesses closing for good and the government resorting to more economic stimulus to try to save the economy.
Macau can do little more than to cross its fingers and hold its breath.

The number of visitor arrivals to Macau grew threefold between July and August as travel restrictions involving residents of mainland China were gradually eased.
Newly-released data from the Statistics and Census Service showed that the number of visitors soared by 206.9% in August to about 227,000 in total. The rapid growth is mainly attributed to the low comparison base in July.
Compared to a year earlier, last month attracted about 93.7% fewer visitors than in August 2019, showing that the effects of Covid-19 are still weighing heavily on cross-border travel.
Visitor arrivals plummeted by 87% in the first eight months of 2020 to just over 3.57 million. The split between same-day visitors (1.93 million) and overnight visitors (1.64 million) is basically consistent with the pre-pandemic situation.
2019 was a record-breaking year for Macau tourism, with over 39.4 million visitors according to the official data. The record number prompted concerns that the city was suffering from a social and economic phenomenon known as ‘overtourism’. DB