Analysis | Hato to Higos: Lessons learned in being prepared 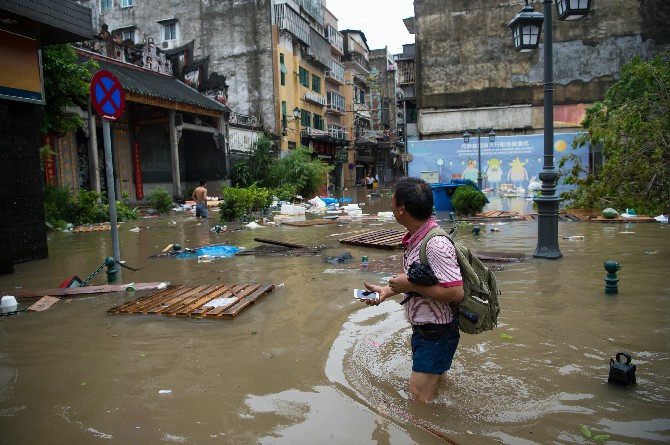 A scene after typhoon Hato in 2017

The passage of super typhoon Hato three years ago exposed the lack of preparedness in facing such weather-related events.
Yesterday, on the third anniversary of Hato, social media users shared messages and photos to pay homage to the great loss of life and property.
Named the most severe typhoon in half a century, Hato swept into Macau on August 23, 2017 to find a city wholly unprepared. The Signal No.10 typhoon, then the highest category in Macau’s official storm index, killed 10 people, plunged the city into darkness and resulted in a critical shortage of food and water not seen in generations.
Hato struck initially in the early hours of the morning and brought with it torrents of seawater that flooded the city and a number of underground car parks.
Almost the entire city was plunged into darkness in the late afternoon as a power cable supplying electricity from Zhuhai was ruptured and storm clouds cast a dark shadow over Macau. Though the general supply of utilities was restored to most of the city within the first 24 hours, some neighborhoods were still without power and water several days later.
A second severe typhoon, Pakhar, struck Macau just a few days later, dealing another blow to the bewildered city still reeling from Hato.
Almost exactly three years after Hato, Macau faced the passage of another category 10 typhoon – Higos – which both revived the bitter memories of Hato and drew obvious comparisons regarding the way Macau’s typhoon response has changed.
Despite being stronger than many people were anticipating, Higos caused only minor damage and minor injuries to 15 people.
This outcome is a result of the prompt changes made by the government and the public, who have learned from the consequences of Hato.
Predominantly, it is the difference in the accuracy and timely communication of the latest information regarding the typhoon approach by the Meteorological and Geophysical Bureau (SMG).
The bureau was criticized in 2017 for its slow response to typhoon Hato. A day after the storm’s passage, former Chief Executive Chui Sai On dismissed the weather authority chief from his post and signaled that an investigation into the conduct of senior officials at the SMG would follow.
Since then bureau has made significant strides to improve typhoon preparedness and responsiveness across the SAR.
Vera Varela, press officer at the SMG, told the Times that the weather authority “has been working closely with the weather bureaus of Beijing, Guangdong and Hong Kong to streamline weather forecasting and allow citizens to receive uniform information.”
This regional cooperation has helped to “strengthen the capacity to respond to emergencies and determine work procedures, review and improve deficiencies, and formulate improvement plans.”
Using this and other new approaches and mechanisms, the SMG has been able to give advance notice of signal changes during these extreme weather events. By raising awareness of weather information, the weather bureau believes that citizens will be better equipped to take the appropriate measures to stay safe.
Besides the SMG, the government has also enforced several other significant measures aiming to prevent and respond to catastrophes.
The Civil Protection Operations Centre (COPC) has been established under the same umbrella as several governmental entities to play a role in the process of prevention, rescue and repairing of the damages caused by natural catastrophes.
Also represented on the COPC teams are the water and electricity supply companies, among others, and this has improved their coordination under such exceptional circumstances.
Technology also plays an important role. A warning system installed after Hato now alerts residents in the city’s low-lying areas of incoming storm surges. The system communicates to the population in these areas that they must evacuate their homes.
To accommodate those evacuating, the government established a total of 17 shelters across all territories where people in need can be temporarily lodged safely during severe typhoons and high storm surge warnings.
The majority of the deaths that occurred during the passage of Hato were due to people getting stranded in basements in areas that were suddenly flooded as well as people who rushed to car parks in an attempt to save their cars from the storm surge. To avoid such an unfortunate incident happening again, the government has also introduced measures that require public car park facilities to close when a severe typhoon signal is issued, not allowing anyone in or out of such facilities during such a time.
While most of the problems detected by the government and the independent committee from the central government – which was in the region to report about the events of Hato – were solved with the implementation of technology or a change in procedures, other structural issues still persist.
This is the case with flooding in the Inner Harbor for which the government has long-standing plans that are very gradually turning into reality.
One of the bigger projects is the construction of a tidal barrier between the neighboring areas of Wanzai, Zhuhai and the Inner Harbor. The project has been involved in a series of public consultations, the latest concluding almost a year ago.
The tidal barrier idea was advanced by the government as part of a shared flood control system with Guangdong Province. Local authorities say that the flood control system could reduce the flooding risk and impact in the vulnerable Inner Harbor area.
According to the report made available at the Land, Public Works and Transport Bureau’s website, after the construction of the tidal barrier, “there will be no significant hydrological impacts on the upper reaches of the river and the area covered by the construction.”
In the same environmental assessment report, it is also said that the construction will also not have a significant adverse impact upon aquatic and terrestrial ecological systems. Daniel Beitler & Renato Marques

Scenes during and after typhoon Higos last week 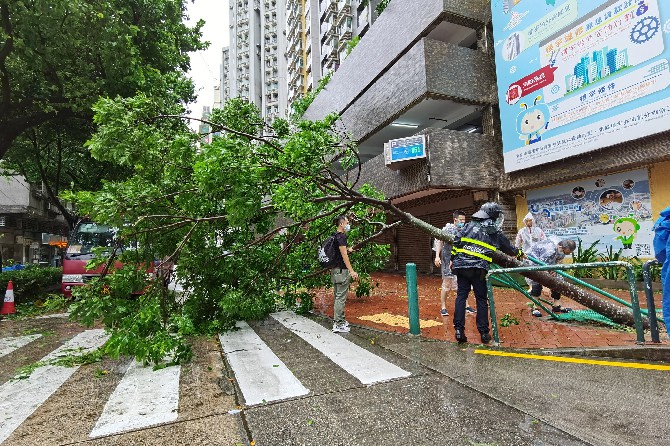 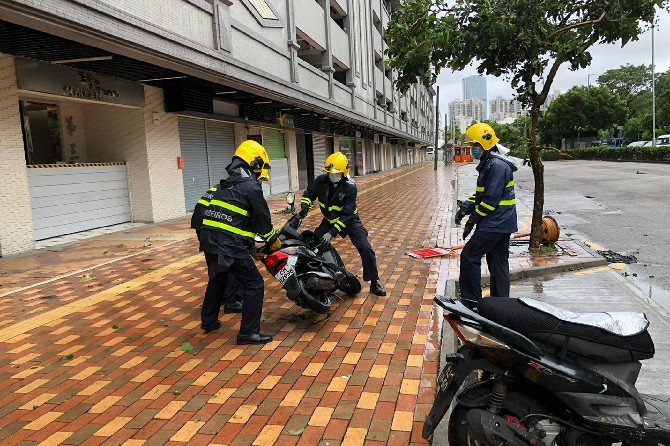 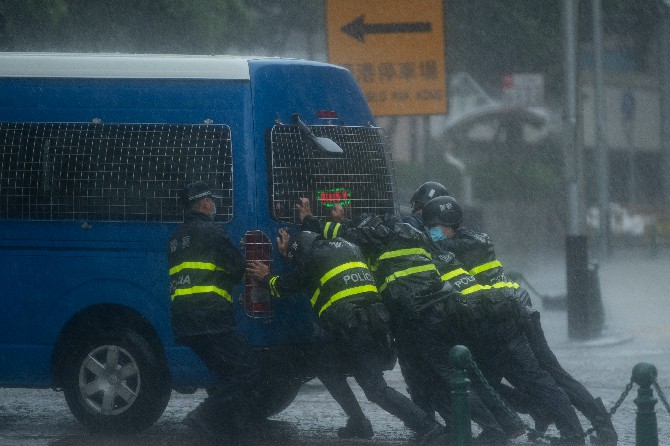