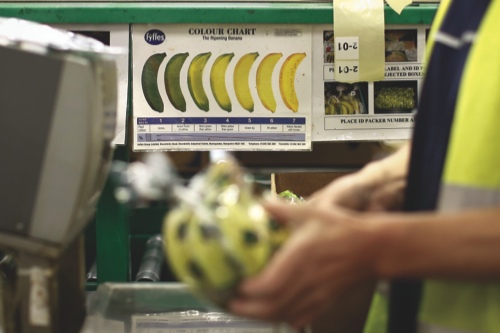 The first banana-
processing unit in Angola is scheduled to start operating at the end of the year in Caxito, Bengo province, followed in the first quarter of 2015 by a tomato-processing unit, said the chairman of the Caxito Rega company.
João Domingos Mpilamossi told Angolan news agency Angop that the bananas will be dehydrated and later be sold to schools, hospitals, military units as well as social institutions.
While the banana processing line has a capacity of 800 kilos per hour, the tomato processing line will produce about 4 tons of tomato concentrate and paste per hour.
As part of this project, which is funded by China, a cold storage unit is being built as well as a laboratory for tests.
Following the creation of the Caxito irrigation area and its management company, Sociedade dos Perímetros Irrigados de Angola (Sopir), in which the state is the largest shareholder with 70 percent, Bengo province recorded an increase in banana production, currently estimated at 300,000 tons.
The area’s proximity to the capital, about 50 kilometers, has enabled growth of production and the business, with the company estimating that seven out of every ten bananas sold in supermarkets in Luanda are from the Caxito irrigation area, which covers an area of 2,500 hectares.
In this irrigation area alone the banana business is estimated to account for annual turnover of USD25 million.  MDT/Macauhub