APOMAC: ‘Macanese’ should be listed as a Chinese minority 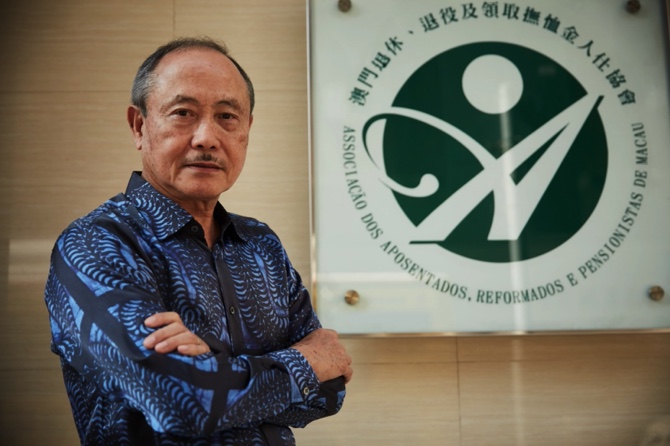 The Macanese should be included in the list of the Chinese minority ethnic groups, the founder and chairman of the Association for Retirees and Pensioners of Macau (APOMAC), Jorge Fão, said in an interview with TDM Radio.

The idea advocated by Fão was first raised by the director of the Macao Daily newspaper and Macau representative to China’s National People’s Congress (NPC), Lok Po, at the NPC meeting in March this year.

In the interview, the APOMAC leader expressed regret that there are not enough people defending the classification of Macanese as a Chinese ethnic minority, saying that this is the right path to follow.

“I think it should [be listed as a Chinese minority ethnic group]. It’s a shame that we only have one Lok Po in Macau. If we had more people with the mindset of Mr. Lok Po, maybe some 50 or 100 people, pushing forward with this same proposal, I believe that the Chinese government would consider us officially as an ethnic minority,” Fão said.

In a previous comment to the Portuguese newspaper Hoje Macau, Fão said that after Lok Po’s speech in Beijing he phoned him to thank him for the reference.

“I didn’t expect that there would be someone with the attention to make such a proposal [highlighting] that the community is important and should be protected, cemented, and even recognized,” the APOMAC leader told Hoje Macau. “It would be good for China to promote the existence of our community in the Mainland. Here everyone knows about our existence, but those who live in the Mainland are not aware of our community”, he added.

“Pressure” from the Macanese elite

According to Carlos Piteira, a Macanese and a professor and investigator at the Portuguese university, Lok Po’s speech at the NPC has its origins in the ideas of the Macanese elite, specifically in the new generations.

The anthropologist at Lisbon’s Social and Political Sciences Higher Institute (ISCSP) with a vast research work about Macau said to Hoje Macau that there may have been “some pressure or influence from the Macanese ‘elite’, possibly from the new generation, for the issue to be taken to the NPC meeting. I do not believe that it was strictly an initiative of the Macau representative [Lok Po],” he said. Piteira noted that Lok Po’s speech only indicates that there is a current feeling among the Macanese community that the Chinese government has been doing more for them than the Portuguese administration did.

Piteira thinks that there is a risk that this new feeling might “erase part of the history of the Macanese ethnicity that highlights the Portuguese roots.”

Other leaders of the Macanese community such as the lawyer and community associations leader Miguel de Senna Fernandes and lawmaker José Pereira Coutinho have also expressed comments in support of Piteira’s opinion, noting that comes with a gradual and normal evolution of the community.