Artworks by people with disabilities showcased at USJ 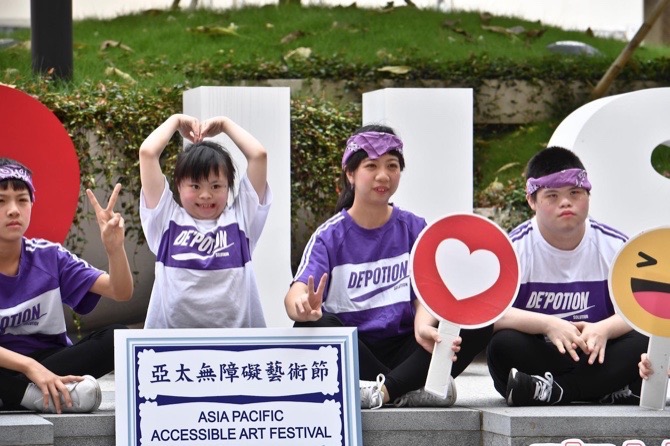 The “Step with Love, Leaps with Art – Asia Pacific Accessible Art Festival 2019” is featuring over 100 artworks in different styles from various cultures created by people with disabilities.

The annual festival has been held in Taiwan, Hong Kong and Macau since 2016 in a bid to highlight people with disabilities who enjoy arts and cultural creativity.

Through exchange activities, the festival assists in establishing an art and cultural sharing platform for people within the Asia Pacific region.

This year, the three-day festival features 18 rehabilitation and disability organizations from countries including Australia, Japan, Korea, Singapore, Thailand, the Philippines and Malaysia.

According to event organizers, there are 20 local rehabilitation and disability organizations participating in the event as supporting units.

Representatives from the organizations will host a total of 24 workshops to facilitate the exchange of artistic experiences.

With its final day tomorrow, the festival will also hold a series of workshops including dance, sign language and music.

Co-hosted by Caritas Macau and the University of Saint Joseph, the artworks are being displayed at the university’s Ilha Verde campus.

Paul Pun, secretary general of Caritas Macau remarked, “in recent years, the MSAR has actively promoted the development of arts for people with disabilities and strives to build a cohesive society so that everyone can enjoy equality.”

As it can be challenging for the mentally challenged to express themselves, many of them find self-expression thought arts, which according to Pun, can enable them to have a more “integrative and fulfilling life.”

“This event is a manifestation of the basic rights of people with disabilities to enjoy arts and cultural creativity,” he added in his speech during the festival’s opening ceremony yesterday.

Keith Morrison, vice-rector of USJ believes it is fitting that the festival was held at the university as the institution aims to foster inclusiveness and provide opportunities for all.

Morrison recalled that one of the university’s graduates was the first visually impaired person to finish graduate school in Macau.

“It is an unusual and long overdue event in Macau to give such prominence to the celebration of those with disabilities and challenges […] who so often go unnoticed, unremarked, under- represented and unvoiced in the society,” he noted, adding, “this is something to celebrate and welcome here.”

The event is sponsored by the Macao Foundation and the Macao Cultural Heritage Association. LV 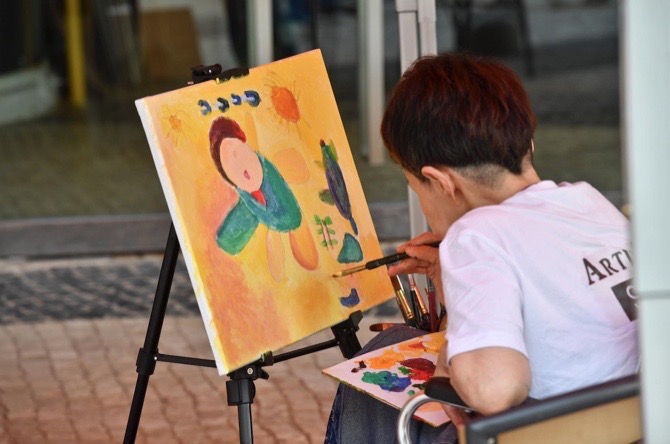