As seen from the mainland | ‘I, too, support the Hong Kong police’ leads social media response 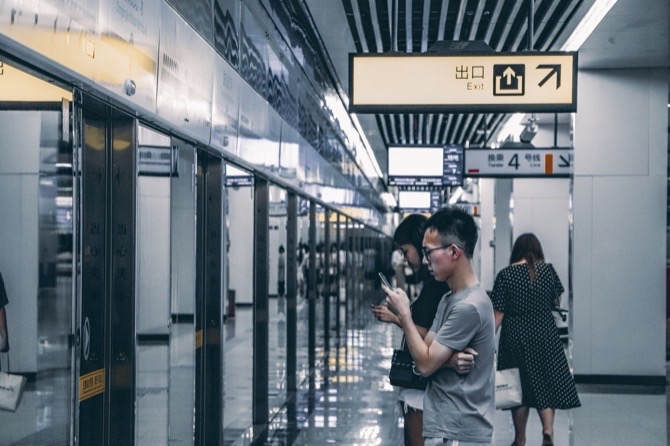 In the well, Taiwan wants independence; in the dream, Hong Kong wants democracy; being sober, Macau is dealing the cards,” goes a joke that has spread across mainland China’s social media environment.

Residents of mainland China have taken to social media with mantras to fit these unruly times.

Backing the authorities in the neighboring SAR, “I, too, support the Hong Kong police” has begun to trend on the internet in support of the police crackdown, which has been portrayed as “tolerant” and “gentle” in mainland China. The movement was most likely started by the People’s Daily, and then spread across Weibo, which is the mainland’s biggest online propaganda platform.

At the same time, the mainland public are also showing concern for both the Macau SAR and the “sooner-or-later-to-return son” Taiwan, seemingly instigated by the recent unrest in Hong Kong. The joke about a “sober” Macau plays into a perception of political apathy in the SAR, at least when compared to Hong Kong and Taiwan.

“I love Hong Kong, I love China. I, too, support the Hong Kong police” was among the most searched topics on yesterday’s Weibo, together with other Hong Kong-related searches.

The movement comes in the aftermath of mainland news claiming that “an ordinary mainland resident” (who, according to a Hong Kong news report, is very likely to be a mainland police officer) and Fu Guohao, a journalist from the Global Times, were allegedly “brutally beaten” by Hong Kong protesters.

Video footage showed that Fu, upon being surrounded by a number of arms belonging to unidentified people, none of whom were doing anything violent against him, said, in a peaceful manner, “I support Hong Kong policemen, you can now beat me up.”

“Believe in the motherland. […] Go, motherland. I hope Hong Kong returns to peace soon” Ju Xiao Hua One wrote, this being a top comment liked by 157,800 Weibo users by the time of print.

“At this moment, there should be no violent suppression. It is difficult for the Central Government. It is almost the 70th anniversary of the establishment of the country. We can’t hear global voices of condemnation. There is also the Taiwan election. We can’t let Tsai Ing-wen be elected again,” another top comment reads. This same account posted another top comment saying that if the “Central Government sends troops directly, then it will mean the failure of ‘One Country, Two Systems.’”

“Hong Kong’s police force [are facing] a dilemma. They are the last line of defence of Hong Kong’s order,” a third comment writes.

While one major group of Weibo users shames the Chinese government for not sending troops to interfere in Hong Kong’s situation, another group seeks to calm down those who advocate military interference.

“It is a little bit suspicious the ‘passive resistance’ of the Hong Kong police force, who uses minimum police force to handle terrorist useless youngsters,” a fourth comment writes.

This week, Hong Kong Chief Executive Carrie Lam questioned Hong Kong protesters whether they want to “push Hong Kong into an abyss of no return.”

Unlike the police force, Carrie Lam did not find official propaganda support from the Chinese government’s social media platforms.

On a post of CCTV’s Weibo, Lam’s aforementioned statement mostly received criticism due to a perceived “weakness”, “softness”, and her “spoiling the son” behaviour.

“Lam is indeed incapable. It is time to ask the Central Government for help,” one comment wrote. “You can cry, but please show some hard attitude,” another comment wrote. “How come it’s ok for a Chief Executive to only cry when there is a problem?” a third comment reads. A fourth comment wrote “I thought she was an iron lady when she took office, but now I only believe she is a pushover.” Another one wrote “A kind mother makes wastrels.”

“Can they hear your condemnation?” one comment wrote, using a Chinese character for animal pronouns and receiving 52,005 likes. “You only know strongly condemn,” a second comment reads. A third comment said “condemnation is not useful anymore. I heard that Shenzhen has already sent troops.” Staff reporter