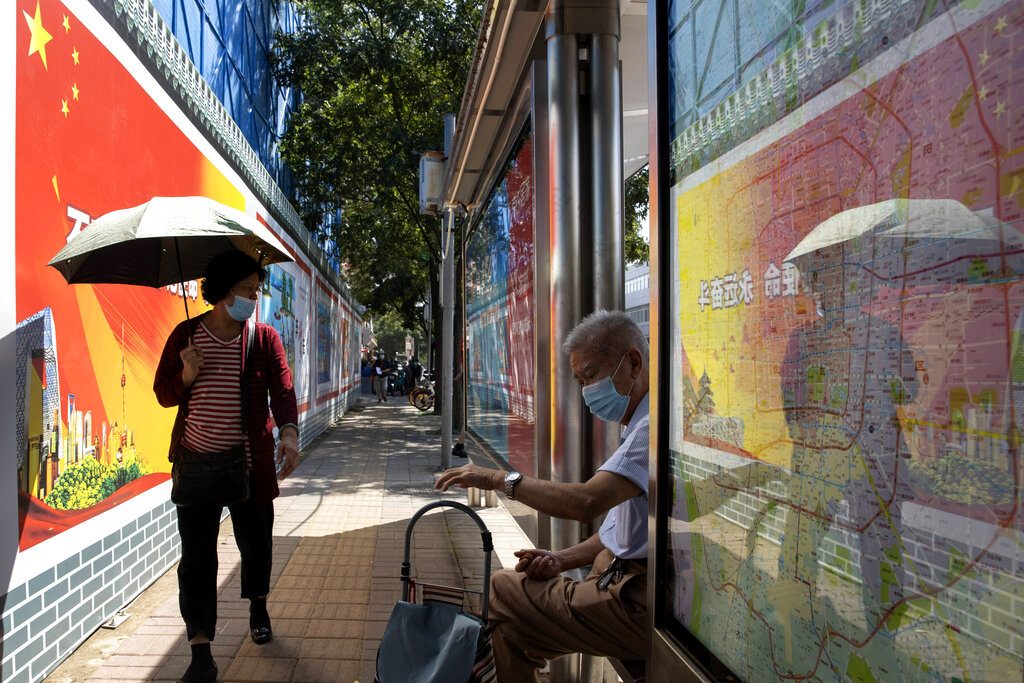 Beijing’s main international airport today (Thursday) began receiving international flights again from a limited number of countries considered at low risk of coronavirus infection.
Passengers flying in from Cambodia, Greece, Denmark, Thailand, Pakistan, Austria, Canada and Sweden must have first shown a negative coronavirus test before boarding, city government spokesperson Xu Hejian told reporters.
Passenger arrivals will be limited to roughly 500 per day during a trial period and all will need to undergo additional testing for the virus on arrival, followed by two weeks of quarantine. The first flight under the arrangement, Air China Flight 746, arrived from Pnom Penh, Cambodia, just before 7 a.m.
Beginning in March, all international flights to Beijing had been redirected to a dozen other cities where passengers were tested and processed before being allowed to travel on to the Chinese capital.
China has gone weeks without new cases of local infection and the 11 new cases recorded Thursday were all imported.
Beijing’s last local outbreak in July was linked to a wholesale food market, and the city’s customs department announced Wednesday it would test all imported frozen foods, along with other goods arriving from countries considered to be at high risk.
Storage and transportation facilities for imported food would also be disinfected and Beijing customs would work with other cities to ensure the safety of the supply chain.
In other developments in the Asia-Pacific region:
— India has registered a record single-day spike of 83,883 new cases, driving the country overall tally to 3.85 million. The Health Ministry on Thursday also reported 1,043 deaths in the past 24 hours, taking total fatalities up to 67,376. India has been reporting the highest daily increases for more than three weeks. The ministry said the country’s fatality rate had declined to 1.76% and its deaths per million population was “one of the lowest in the world.” Experts say deaths could be substantially undercounted in several states.
— South Korea reported its first drop below 200 new coronavirus cases in more than two weeks, but the country’s strained hospitals were treating more seriously ill patients after the prolonged recent surge in infections. Thursday’s increase of 195 new cases, the first daily increase below 200 in 17 days, indicated the country was beginning to see the effects of stringent social distancing restrictions recently imposed in the greater capital area. However, the number of patients in serious or critical condition with active COVID-19 increased to 154, compared to 14 on Aug. 14 when the country began what’s now a 21-day run in triple-digit daily jumps in infections. The country has added more than 5,800 newly ill people to its caseload during the streak, raising fears about overwhelmed hospitals.
— Hong Kong says just six people have tested positive for the coronavirus out of 128,000 residents who have taken part in the city’s mass testing program that began Tuesday. Four of the six people were previous coronavirus patients who were discharged last month and still carried traces of the virus when they were tested. As of Thursday, 850,000 people in the city of 7.5 million have registered to take part in the weeklong free testing program aimed at identifying silent carriers of the virus. The low number of positive cases has drawn criticism that the testing program is not cost-effective, amid privacy concerns and fears that DNA data could be sent to mainland China. Coronavirus infections surged in Hong Kong in early July. At its peak, the territory recorded more than 100 locally transmitted cases a day, after going weeks without any in June. Tough restrictions were imposed, including limiting restaurant dining-in hours and shuttering bars and karaoke lounges, and cases have steadily dwindled. Apart from the six people who tested positive in the mass testing program, Hong Kong reported eight other coronavirus infections on Thursday. It has confirmed a total of 4,839 cases, including 93 deaths.
— Australia’s hot spot Victoria state on Thursday recorded its second consecutive day of increased COVID-19 cases. The state health department said there had been 113 new infections and 15 deaths in the latest 24-hour period. There were 90 new infections and six deaths recorded on Wednesday. There were only 70 new COVID-19 cases on Tuesday, the lowest tally since June.
— A pregnant woman in Australia says she didn’t know she was breaking any law when she was handcuffed by police in front of her children and led away in her pajamas for allegedly inciting people to demonstrate against Victoria state’s pandemic lockdown. Zoe Buhler’s partner helped her live stream the arrest on Wednesday at her home where she lives with two children aged 3 and 4 in the city of Ballarat. The video has been viewed millions of times. She has been charged with using social media platforms to incite others to break pandemic restrictions by attending weekend rallies to protest the restrictions.