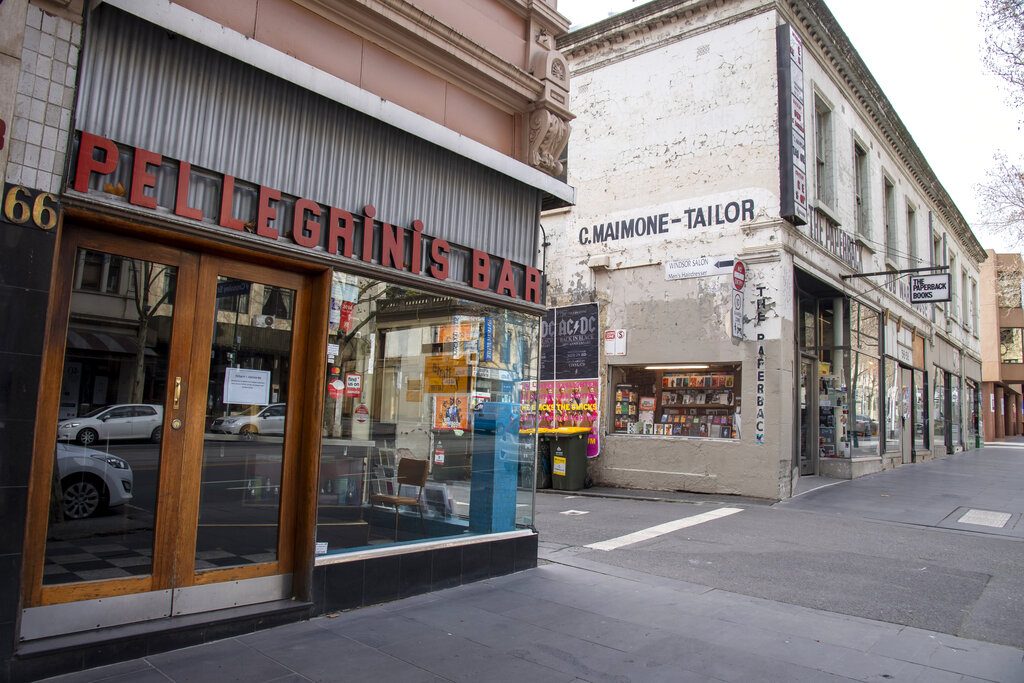 The Australian state of Victoria today (Wednesday) reported a record 21 virus deaths and 410 new cases from an outbreak in the city of Melbourne that has prompted a strict lockdown.
State Premier Daniel Andrews said 16 of the deaths were linked to aged-care facilities. The number of new cases in Victoria is down from the peak, giving authorities some hope the outbreak is waning.
Meanwhile, three Melbourne students were fined after posting social media videos showing them breaching nighttime curfews for a McDonald’s run, the Australian Broadcasting Corporation reported.
The five-minute video, since deleted, showed the students walking through alleys, dodging police officers and dancing inside the restaurant, ABC said.
Victoria police confirmed each student was fined 1,652 Australian dollars ($1,178).
The state of New South Wales on Wednesday reported 18 new cases, including two connected with a private school cluster in Sydney.
In other developments in the Asia-Pacific region:
— Health authorities in New Zealand were scrambling to trace the source of a new outbreak as the nation’s largest city went back into lockdown. The four cases reported from one Auckland household are New Zealand’s first locally transmitted cases in 102 days. The 22 others were in mandatory quarantine after returning from travel abroad. Two of the infected people had visited the tourist city of Rotorua last weekend while suffering symptoms, and authorities were trying to track their movements.
— India’s coronavirus caseload topped 2.3 million after adding 60,963 new cases in the last 24 hours. India also reported 834 deaths on Wednesday, bringing its death toll to 46,091. India has the third-highest caseload after the United States and Brazil, but only the fifth-highest death toll, and authorities say the fatality rate has dropped below 2% for the first time. Prime Minister Narendra Modi urged leaders of 10 states that account for about 80% of India’s total cases to rigorously apply containment, surveillance and contact tracing to drive the fatality rate below 1%. Modi also urged that testing be ramped up in several states.
— Singapore’s government says most foreign workers can now resume work as their dormitories have been cleared of COVID-19 after months of lockdown and virus testing. People living in the crowded dormitories comprised the bulk of Singapore’s 55,353 cases. Only 27 deaths have been recorded in the tiny island-state. The Ministry of Manpower said late Tuesday that all the dormitories have been cleared except for 17 standalone blocks which serve as quarantine facilities. It said all foreign workers living in these dormitories have either recovered or have tested virus-free, except for 22,500 workers in isolation. It said the majority are now able to return to work including 81% of the total 387,000 workers in the construction, marine shipyard and process industries.
— South Korea reported 54 new cases of COVID-19 as health authorities scramble to stem transmissions amid increased social and leisure activities. The figures announced by South Korea’s Centers for Disease Control and Prevention brought the total cases to 14,714, including 305 deaths. The center says 35 of the new cases were local transmissions, all but three from the Seoul area. The other 19 cases were linked to international arrivals. Health authorities see those as less threatening to the community since people arriving from abroad face mandatory tests and two-week quarantines.
— China’s new domestic coronavirus cases fell into the single digits on Wednesday, while Hong Kong reported just 33 new cases. The National Health Commission said all nine new cases were found in the northwestern region of Xinjiang, whose capital Urumqi has been at the center of China’s latest major outbreak. Another 25 cases were brought by Chinese travelers arriving from abroad. Densely populated Hong Kong also recorded another six deaths to bring its total to 58 fatalities among 4,181 cases. Authorities have ordered mask wearing in public settings, restrictions on indoor dining and other social distancing measures in a bid to stem the latest outbreak.
— A city government in China has donated 40,000 medical-grade face masks to Maryland’s capital city amid the coronavirus pandemic. The donation from Changsha, China, was first offered to Annapolis city officials in April, when the need for masks among public safety workers was high in the beginning days of the pandemic, Annapolis City Manager David Jarrell said in a statement. The two municipalities are sister cities. The masks arrived this month, with one of the boxes featuring stickers of American and Chinese flags with a message reading: “Go, City of Annapolis! Best Wishes from Changsha! True unity inspires people to work as one to overcome adversity,” The Capital Gazette newspaper reported. A note from Yani Xia, a representative of the Chinese city’s Foreign Affairs Office, accompanied the shipment. “We sincerely wish you and everyone in Annapolis continued good health, and the fortitude to persevere during this challenging period,” it read. Annapolis’ relationship with Changsha began under a former city administrator, according to Jarrell’s statement.
MDT/AP