Rainbow of Macau, Macau’s first pro-LGBT and sexual minority advocacy group, criticized the local government for allegedly failing to include same-sex relationships in the scope of domestic violence legislation due to the “controversy” of same sex partners being considered as “family members.”
Speaking as Rainbow of Macau’s spokesperson in a press conference yesterday, Jason Chao expressed his worry that as the government is planning to “openly justify” discrimination, it may send a “harmful” message to the local community that discrimination on the grounds of sexual orientation is acceptable.
The concerned group claimed that the United Nations Committee Against Torture issued its concluding observations in December 2015, which stated that the SAR government should protect victims of domestic violence without discrimination.
“It is the Macau government’s obligation under international law to accord equal protection to persons in same-sex relationships against domestic violence,” the association noted. 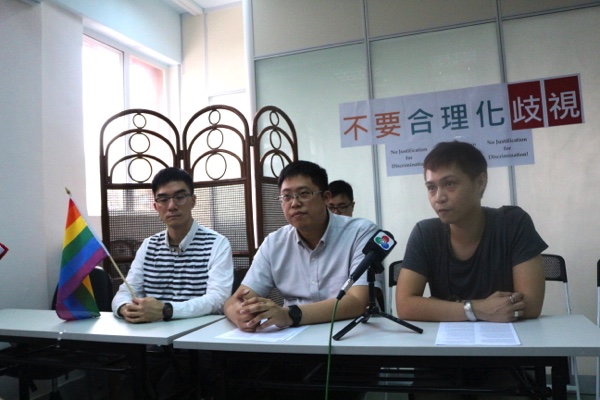 Meanwhile, local authorities have claimed that the Social Welfare Institute would also provide domestic violence-related services to people involved in same-sex relationships regardless of their specific inclusion in the law.
“We highly question this kind of response. […] If the domestic violence bill excludes same-sex couples, we don’t think that such victims who are in same-sex romantic relationships can be effectively protected,” stressed Chao.
The group also implied that it should be much easier for the bill to include persons in same-sex relationships, as the latest version of the bill specifies that the relationship between predator and victim be defined as “relatives and its equivalents.” Hence, the scope is no longer narrowly defined as “family members” as in the previous version of bill.
“An intimate relationship does not depend on marriage registration nor does it necessarily develop into marriage,” argued the spokesperson for the group. “The deprivation of same-sex partners of the same protection is hardly justifiable.”
Chao said that the group would continue to engage with the international treaty bodies and as well as to apply pressure on the government, especially before the final reading of the bill on May 20.
“Rainbow of Macau regrets that the Macau government is knowingly enacting a discriminatory law that is against the superiority of international law,” Chao said.
Chao told the Times that the SAR government is probably “too conservative” and may fear that the inclusion of same-sex couples in the bill would imply an intention by the SAR to legalize same sex marriage. Staff reporter