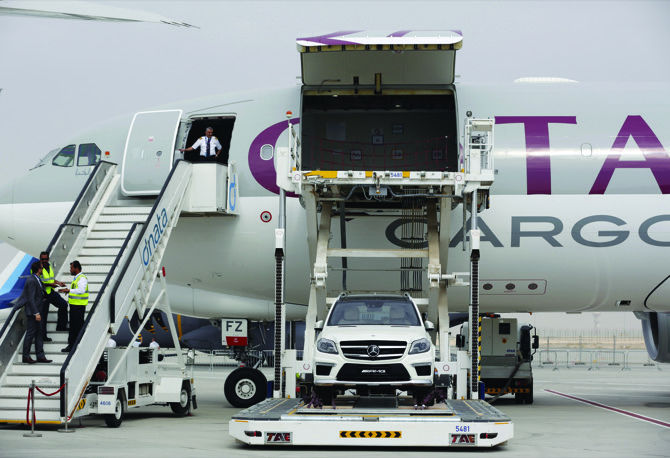 The aeronautical authorities of Macau and the State of Qatar concluded bilateral Air Services Agreement (ASA) discussions yesterday in Macau and reached an agreement for the “framework for operating the air transport market between the two places.” During a meeting at the office of the Civil Aviation Authority (AACM), the two entities agreed upon the mutual development of their aviation markets. Under the agreement, Qatar Airways will operate their all-cargo services with two weekly frequencies commencing October 15. Both parties will also grant each other the fifth freedom traffic rights without limiting the frequency and aircraft type for both passenger and cargo flights. As such, both sides’ designated airlines can cooperate on code-share operations. 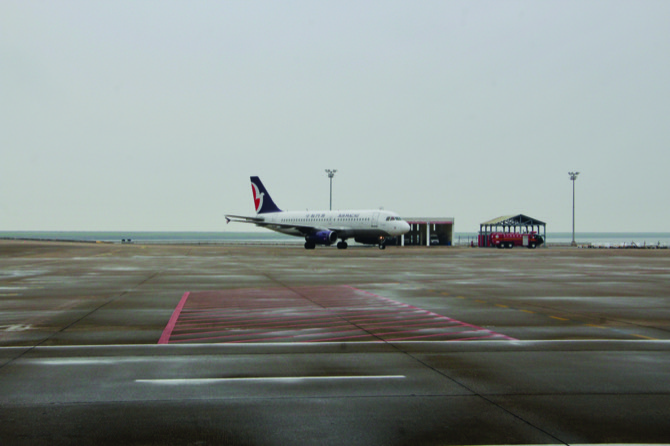 The Macau International Airport (MIA) recorded an “ideal performance in both passenger and aircraft movements in the third quarter of 2018,” according to a statement issued yesterday. Passenger movements surpassed 2,150,000, and there were over 16,800 aircraft movements in the third quarter of 2018. Both figures represent a year-on-year 13 percent increase.  Passenger traffic in mainland China routes and Southeast Asia routes continued to perform well, recording an increase of 34 percent and 6 percent compared with the same period last year. Passenger traffic in Taiwan routes recorded a slight increase of 0.2 percent. The passenger movement of MIA  increased steadily during Golden Week.  From October 1 to 7, MIA handled over 150,000 passenger movements and over 1,300 aircraft movements, representing a 4.5 percent and 6.7 percent increase respectively compared to the same period last year.

The City University of Macau (CityU) launched an eSports research center and a blockchain applied research center yesterday. CityU’s rector Zhang Shuguang explained that the establishment of the two centers meets students’ demands, as eSports is a new industry that is continuously developing with great potential. The eSports center will particularly conduct applied research, such as eSports’ future development. Zhang believes that the two centers will enrich the university’s record of production, research and studying, and will also advance CityU’s academic and research diversification.

Responsibility for land expiration believed to be govt’s

The president of the Association for Strategy of Land Management and Development Kuan Vai Lam thinks that grantees should not be punished if they did not make mistakes.  In Kuan’s opinion, in recent years, most of Macau’s cases of expiration of the concession of land plots were due to the administrative authority not having issued planning drafts on time, which then led to grantees not being able to complete development before the deadline. Kuan believes that grantees should not be punished when such situations occur.

In August, new residential mortgage loans (RMLs) approved by local banks increased by 40.3 percent month-to-month to MOP7.3 billion. New RMLs to residents accounted for 98.1 percent of the total. According to statistics released by the Monetary Authority of Macau, the monthly average of new RMLs approved between June and August 2018 was MOP6.7 billion, up by 13.9 percent from the previous period (May to July 2018). New commercial real estate loans (CRELs) rose by 138.6 percent month-to-month to MOP9.8 billion. Within this total, new CRELs to residents, which occupied 89.8 percent of the total, surged by 116.3 percent to MOP8.8 billion, mainly driven by new enterprise loans with high denominations.

Macau may be able to hire domestic helpers from more mainland provinces before the end of this month, according to a report by Macao Daily News. The Labor Affairs Bureau (DSAL) raised the possibility earlier in April. Currently, Guangdong and Fujian are the only two provinces allowed to export domestic helpers to Macau. In July, Chinese authorities announced that seven other provinces – Guangxi, Anhui, Hunan, Hubei, Jiangxi, Sichuan and Guizhou – would be added to the list of approved provinces. A meeting on the topic was held in Xiabei on Wednesday and was attended by representatives from DSAL, the Liaison Office in Macau, and the seven provinces.

The Macau delegation of the Legislative Assembly continued their trip to mainland China with a visit to Tianjin yesterday, where the 29 lawmakers met with Tianjin’s People’s Congress. Lawmaker Chui Sai Peng said that Macau can benefit by learning from Tianjin in terms of urban protection, as well as achieving a balance between reclamation and ecological protection. Lawmaker Ella Lei declared that Macau can learn from Tianjin when it comes to preserving coastal land by building green corridors for public use, therefore helping Macau to become a hub for travel and day-to-day living.

The University of Macau (UM) recently held the Principals’ Recommended Admission Talk 2019/2020. This year’s Principals’ Recommended Scheme will include two new schemes with exam exemption, namely the Chinese and Portuguese Bilingual Talent Nurturing Scheme, and the Outstanding Student-Athletes Admission Scheme. The university will also launch a new programe, namely Bachelor of Science in Mathematics (Statistics and Data Science). The admission talk attracted a record number of 600 people, including Form-6 students from 40 local high schools and their teachers and parents.