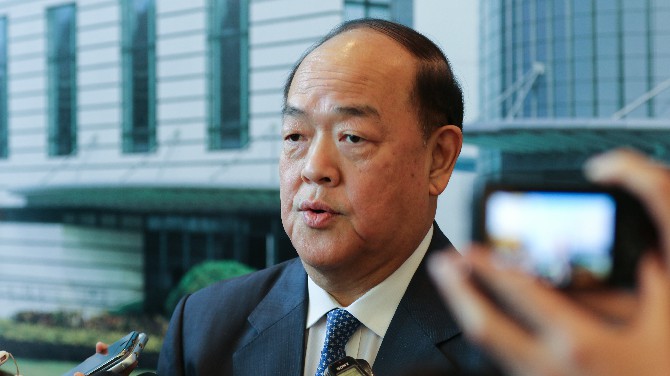 Discussions about an in-depth collaboration between Macau and Hengqin will be conducted in Beijing when Chief Executive Ho Iat Seng visits the capital city from today until next Monday.
The collaboration will be conducted within the framework of the Intensive Cooperation Zone of Guangdong and Macau, which is located in Hengqin.
The Intensive Cooperation Zone in Hengqin will be positioned to develop as a free economic zone. It will have international standards for market operations, investment and trade rules, and financing systems, according to the Macau government.
“The effort aims to create a business environment in the Intensive Cooperation Zone that would be comparable to Macau,” the local government said in a recent statement.
The government previously described Hengqin as a location that can contribute toward Macau’s efforts to diversify the economy. Macau should spare no effort in its cooperation with the Guangdong government and the Zhuhai government in relation to Hengqin.
While in the capital, Ho will meet with officials from the Ministry of Commerce, the People’s Bank of China, the National Immigration Administration, the General Administration of Customs, the State Taxation Administration, the National Development and Reform Commission, the National Health Commission, and the Ministry of Finance.
The Macau officials accompanying him include Secretary for Economy and Finance Lei Wai Nong, Chief-of-Office of the Chief Executive’s Office Hoi Lai Fong, Director Tai Kin Ip of the Macao Economic Bureau, Chairman Chan Sau San of the Monetary Authority of Macao, and Director Inês Chan of the Government Information Bureau.
During Ho’s absence, Secretary for Administration and Justice, André Cheong, will be the acting Chief Executive. AL