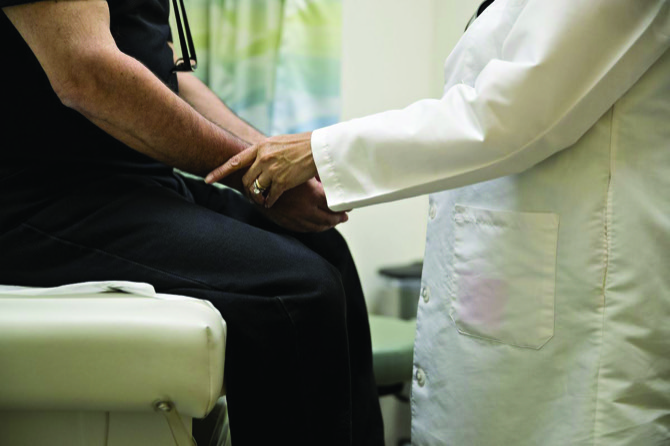 Hundreds of medical professionals and government officials are participating in an international symposium co-hosted in Macau and the Philippines, with the dual aims of furthering collaboration in medicine and the strengthening of diplomatic ties between countries of the Asia-Pacific.

The first leg of the 4th Sino-Asia Pacific International Medical Forum kicked off this week in Davao, marking a departure from the tradition of co-hosting the Forum in the country’s capital, Manila.

The addition of Davao to the roster carries political weight in Sino-Philippine relations. The third-most-populous city in the Philippines, Davao is the political power base of the country’s president and where his daughter, Sara Duterte, currently holds office as mayor.

Organizers brand the Forum as a form of “medical diplomacy” that helps to alleviate stress points in international relations as much as it serves as a platform for medical exchange. The cornerstone of the Sino-Asia Pacific International Medical Forum is the relationship between China and the Philippines – both countries have played host in the four editions of the Forum to date – underpinned by the two countries’ overlapping claims in the hotly contested South China Sea.

The Sino-Asia Pacific International Medical Forum finds itself at least on the periphery of these high-level relations. Its opening ceremony, which counted the attendance of Sara Duterte, came just as Chinese President Xi Jinping and Philippine President Rodrigo Duterte hashed out no fewer than 29 bilateral agreements, including one that sets out a non-legally binding framework on joint oil and gas exploration and exploitation in “relevant maritime areas.”

“When we first started meeting four years ago, it was the lowest point of relations between the Philippines and China,” Dr Billy Chan, vice president of the Forum, told the Times in an interview earlier this week. “Ever since Duterte, these tensions have been reduced,” he said, adding he hopes successive medical forums might make their own contribution to improving the relationship.

Starting yesterday, the Sino- Asia Pacific International Medical Forum entered into its second leg hosted at the Faculty of Health Sciences at the Macau University of Science and Technology and at the Dr. Stanley Ho Medical Foundation at the Landmark hotel. Running until Sunday, the remaining activities in the Forum include a Percutaneous Coronary Intervention workshop with simulation training, a lecture on how to administer medical schools and a talk about the implementation of e-health in the Philippines.

“There are more than 7,000 islands in the Philippines and it’s hard to control that data [across disparate communities in the archipelago] when natural disasters like typhoons, earthquakes and landslides strike,” said Chan. “Physical data was destroyed in these natural disasters, but later recovered electronically via the cloud.”

During their visit to the Philippines earlier this week, representatives from Macau’s medical community presented Philippine health officials with state-of-the-art medical devices, including two ultrasound machines and a bipolar resectoscope system for bladder cancer and benign prostate procedures.

The devices were presented in the name of “medical diplomacy and peace,” according to organizers. In the words of Professor Manson Fok, President of the Forum, “It is in [the] greater spirit of peace that we are here to bridge medical diplomacy. Diseases and medical treatment know no borders.”

The Macau delegation at the Forum said they were impressed by the equipment and expertise on display at the medical institutions they visited in Davao.

“Normally people will think of the Philippines as a developing country, but these medical facilities are on par with anything in Australia or North America,” said Chan. “It’s extremely impressive.”

“We visited the biggest public hospital in the country, Southern Philippines Medical Center, where the chief [of the hospital] said that they received 5,000 casualties from the siege of Marawi who were treated for emergency and trauma care,” said Chan, referring to the five-month armed insurgency in the southern Philippines last year.

Chan believes that Macau has a lot to learn from the development of medical facilities in the Philippines. He told the Times that if the MSAR wants to nurture medical tourism as part of its economic diversification plan – as Secretary for Social Affairs and Culture Alexis Tam and other senior officials have previously suggested – then it needs to tap further into its financial resources to develop a reputation of expertise in specialty fields.

“In my opinion, we can do so much more,” he said. “If people go to Thailand or Singapore or India for medical treatment, certainly in Macau we can do way better [with the resources we have available]. Our assets and resources are way greater than some of these places.”

“In a few years, we can develop something a little bit unique in some specialty area – oncology or special care or medical education – and we can attract people from abroad to come here,” he suggested, warning “we are under-utilizing our current facilities.”