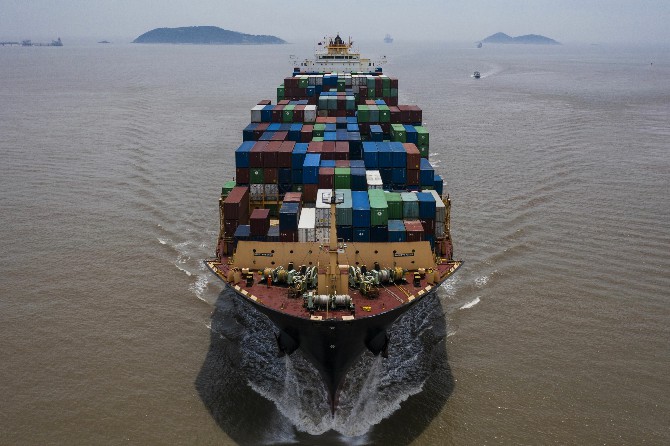 The World Trade Organization’s ruling that the U.S. violated international regulations by imposing tariffs on more than $234 billion of Chinese exports failed to dissuade Washington of its ‘America First’ trade policy and will do little to alter the current trade environment.
U.S. Trade Representative Robert Lighthizer said the WTO report released Tuesday “confirmed” President Donald Trump’s aggressive foreign policy that has sought to dismantle multilateral organizations like the Geneva-based trade body.
While the ruling handed China a victory on paper, it means little since the U.S. already hobbled the WTO by dismantling its panel that oversees the appeals process. Chad Bown, a senior fellow at the Peterson Institute for International Economics, said that Washington can simply appeal the WTO report “into the void” since there is no adjudicative body.
“There are no winners in this dispute,” Bown said. “The U.S., China and especially the WTO are all losers.”
The dispute centers on the Trump administration’s use of a 1970s-era U.S. law to unilaterally launch its trade conflict against China in 2018. The U.S. said the levies were necessary to confront China’s widespread violations of intellectual property rights and forced technology transfer policies.
China responded that the tariffs violated the WTO’s most-favored treatment provision because the measures failed to provide the same treatment to all WTO members.
While China approved of the report and said it “hopes that the American side will fully respect the ruling,” Lighthizer said the decision “shows that the WTO provides no remedy” to intellectual property disputes.
“The United States must be allowed to defend itself against unfair trade practices, and the Trump administration will not let China use the WTO to take advantage of American workers, businesses, farmers, and ranchers,” Lighthizer said in a statement.
Lighthizer added that the report would have no effect on the phase-one trade deal the U.S. and China struck that ensures greater protection for intellectual property rights and removes impediments to American companies in financial services and agriculture.
Speaking to reporters after the report Tuesday, Trump said he’s “not a fan” of the institution but will consider the ruling.
“Maybe we’ll have to do something about the WTO because they let China get away with murder,” he said. “We’ll take a look at that. But I’m not a big fan of the WTO, I can tell you right now. Maybe they did us a big favor.”
A panel of three WTO trade experts on Tuesday said the U.S. broke global regulations when it imposed tariffs on Chinese goods in 2018, saying “the United States had not met its burden of demonstrating that the measures are provisionally justified.”
Though the use of Section 301 of the U.S.’s 1974 Trade Act isn’t unprecedented, the provision largely fell out of favor in the 1990s after the U.S. agreed to first follow the WTO’s dispute-settlement process before it triggered any retaliatory trade actions.
And while the WTO’s decision would pave the way for China to implement its own restrictive measures within the legal international framework, Beijing has already taken such action, according to Bown.
“China’s retaliatory tariffs were also arguably a violation of WTO rules,” Bown said. “Beijing took matters into its own hands by imposing tariffs over its grievances before any WTO rulings were issued.” Bryce Baschuk, Bloomberg