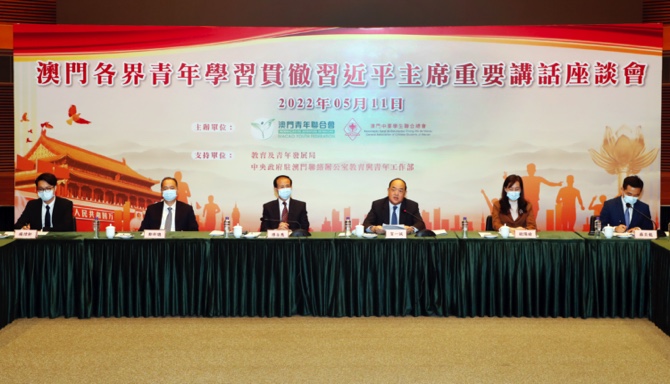 On the occasion commemorating the Centenary of The Communist Youth League of China, Xi gave a speech recognizing the contribution of the country’s young people in reviving the country, besides expressing his vision for youth.

To celebrate this speech, the local seminar was held and the head of the local government suggested local young people learn from the spirit underlying the speech. They should also help guide others to build a strong sense of patriotism.

In addition, Ho set out four points for local youths to follow. His first instruction is to learn how to distinguish right from wrong, and remain on the right path. They should aim to strengthen their political and national security mentalities.

Secondly, they should polish their skills and competitiveness in addition to cultivating a sense of innovation. Being moral and kind is his third instruction, as distinct from viewing success and failure as “the wealth of life”.

Lastly, they should throw themselves into the masterplan of the country’s development, with particular reference to the Greater Bay Area and Hengqin. AL