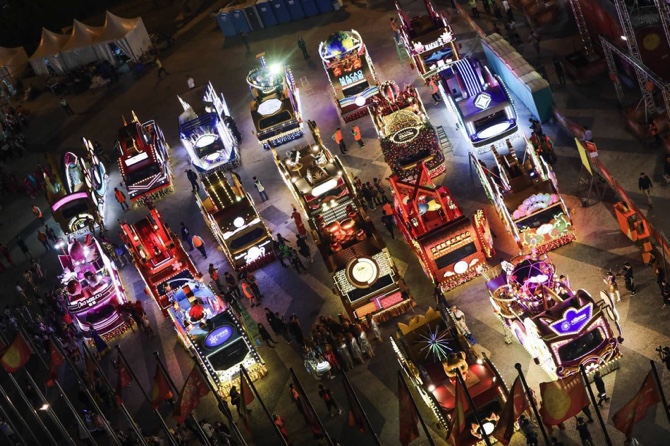 The annual Chinese New Year Parade is returning to the city on two occasions this coming holiday season.

As with previous iterations, the Macau Government Tourism Office (MGTO) is taking the lead in organizing the event, in association with other public and private entities.

Events will be held on the nights of January 27 and February 1, including a float parade and live stage performances. On January 27, a special fireworks display will be staged off the coast from the Macau Tower.

Starting from 5:30 p.m., warm-up performances will take place at intervals, featuring entertainers from Macau and Hong Kong. An aerial acrobatics show will then kick off the show at 8 p.m.

The main event will feature 34 local and international performance groups. Eighteen floats will then set off from Sai Van Lake Square across the Macau Tower, and march along Avenida Dr. Sun Yat-Sen on the Macau Peninsula until they reach their final destination at the Macao Science Center.

On the second night, the floats will march down the road from Fai Chi Kei to Iao Hon Garden with live entertainment from local performers.

The public is encouraged to vote for their favorite float to enter a lucky draw, where they may win prizes such as air and ferry tickets, as well as hotel accommodation.

The organizers are also inviting attendees to experience augmented reality technology, with which they can also win souvenirs. Details can be found on the MGTO website.

Attendees can also experience close encounters with the floats at two different spots: the Macao Science Center between January 27 and February 1, followed by Tap Seac Square between February 1 and 8. AL