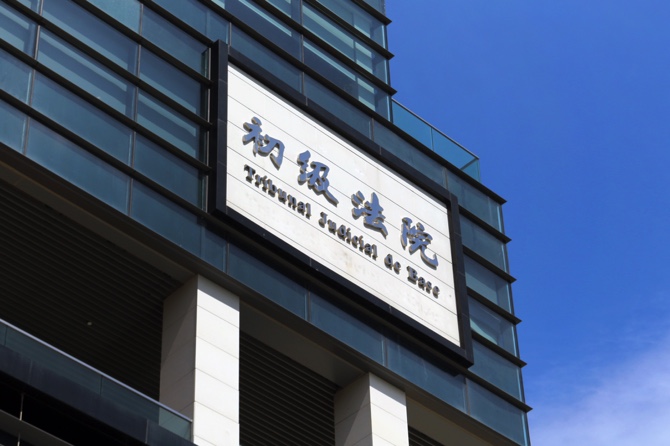 A former independent collaborator of Suncity that used to work as part of a “bate-ficha” business has admitted yesterday in court to organizing the illegal parallel betting system to which several defendants, including former junket mogul Alvin Chau, are being accused of related crimes.

Cheong Chi Kin – a name already mentioned several times by Chau, Celestino Ali (the fourth defendant), and others in the process – admitted today during questioning by the Public Prosecutor that he was the founder of several companies dedicated to organizing schemes of parallel betting in casino VIP rooms.

To the court, Cheong denied having ever been an employee or business partner at Suncity company, noting that he knew the company as well as Chau due to his long-term “bate-ficha” business, which only exists in Macau casinos and is characterized, among other things, by the acquisition and selling of non-transferable gaming chips (also called dead chips) to earn a commission.

In response to the questions of the prosecution, Cheong also revealed that it was he who approached Chau in approximately 2013 and asked him if he could refer some clients to his business, as he explained, “at the time the VIP rooms were often very crowded and even the concessionaires would often call on the rooms to ‘send away’ some people,” Cheong said, noting that he offered to Chau to take some of these clients interested in playing on the parallel schemes “as a way to not let them get away to other VIP rooms.”

Questioned also about whether his companies (at least three) dedicated to the illegal betting scheme shared resources with Suncity Group such as software and accounting staff, Cheong, once again, denied such a theory proposed by the prosecution, explaining that the software he was using to register the bets and communicate the transactions, among other functionalities, was acquired by Ali, Chief of IT of Suncity, who supplied him OPSMAN – similar to the one in use by Suncity – for an amount of around 100,000 patacas.

Also confronted with the fact that Cheong was using three accountants from Suncity in his “side business,” the fifth defendant in this court case said that they were performing work for him out of the company, having been referred to him by a friend at the time that his business was growing and he needed to find people to do such a job.

Cheong justified all these coincidences with Suncity staff members and his company as well as messages exchanged with Chau on the topic by reference to the fact that he “had many friends” in the company and would often seek opinions and advice from them as they were the market leaders and experts.

Another of the theories used by the prosecution to build the case against Chau, painting him as the “ring leader,” is the fact that Cheong would refer to him as the “Boss” in many conversations and messages.

On the topic, Cheong told the court, “In Macau, almost all bate-fichas call Chau ‘boss’,” noting that this is a respectful form of address, taking into account his position and importance in the VIP gaming sector and not a company-related post.

The same defendant also admitted in the court hearing that only he had the competence to accept or refuse clients for the parallel betting scheme.

He also justified monthly reports sent to Chau that started during the pandemic period with reference to changes in the business and the fact that many people wanted to withdraw money from accounts, which was a concern for everyone, including the number of staff members who would be working on each VIP room. He stated that where the prosecution is seeing him “asking permission from Chau,” he says that he was just “asking an opinion on the state of the operations.”

Earlier in the session, Ali concluded giving answers to the different defense lawyers by reaffirming what he had stated on the previous day while being questioned by the public prosecutor. He said that he had arranged for the software (OPSMAN) by request of Cheong as he thought he was a “business partner” of Suncity and that Cheong was acting in that capacity.

Ali also refuted the accusation that he had helped the company to hide information about illegal betting through the software applications, saying that he had no access to the source code and only the companies that supplied the software could perform such changes.

His defense lawyer, Pedro Leal, also hinted that information that was requested by the accounting and treasury of Suncity being deleted from the system could be referring to money loans and other confidential information from Suncity that should not pass to the government and namely to the Gaming Inspection and Coordination Bureau.

The IT professional also said that although the OPSMAN is a similar software to “SUNPEOPLE,” which is used by the Suncity Group, they are independent and have no links between them, also adding that the software’s main purpose is to communicate information and not to register bets, as he had hinted on Wednesday.

He refuted the accusation of having joined this alleged secret society to grant himself benefits, saying that all his income comes from the wages for his work and other company bonuses that all higher officials had.