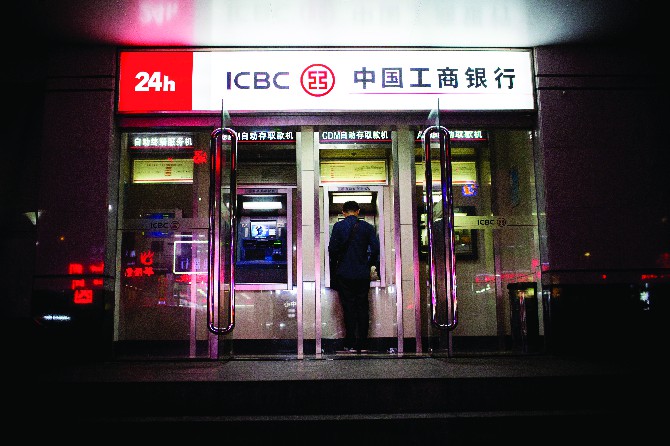 Reports about the unavailability of renminbi notes in cash dispensers are not a cause for concern according to local monetary authorities, who assure Macau Daily Times that the supply is being normalized.
Automatic teller machines and currency exchange desks in parts of Macau were showing limited or no availability last weekend and yesterday.
The reports of yuan availability hint that banks and exchange desks are once again eating into the reserves that they kept from before the pandemic. Visitors to Macau are a major source of renminbi inflow to these desks, however the SAR has seen few tourists since the onset of travel restrictions starting in late January.
Previously, local authorities hinted that the supply of the yuan in Macau was under pressure.
In August, the Macau Association of Banks said the supply had fallen drastically this year, even as demand began to pick up that same month when Macau residents were preparing to resume cross-border travel.
The value of the yuan has fallen about 5% since peaking in late May, with economists blaming worsening China-U.S. trade ties and the impact of the coronavirus as the chief causes.
The weaker yuan encourages cross-border travelers to engage in price speculation.
Resident or non-resident workers who earn in patacas but primarily spend in renminbi (for example by living in Zhuhai) stand to increase their spending power across the border if they exchange their currency at this favorable exchange rate. Moreover, conducting the transaction in Macau helps to avoid hefty exchange fees on the mainland.
In the case of Macau, an economy which derives the majority of its income from external consumption, the sudden halt in tourism has cut off a major source of renminbi inflow.
Macau welcomed more than 39.4 million visitors in 2019, but just 3.2 million in the first six months of 2020 on account of travel restrictions imposed by both Macau and the mainland.
Increased demand and constrained supply have given rise to frequent reports of yuan shortage across Macau since the start of the year.
The Monetary Authority of Macao (AMCM) told Macau Daily Times that its priority was to ensure the adequate supply of Macau patacas, however it did acknowledge that the supply of renminbi had fallen since the start of the year.
“Over a period of time, the entry-restriction measures due to the Covid-19 pandemic have been affecting the banknote supply from mainland tourists (which is one the supply channels for RMB banknotes) and imposing limitations on the cross-boundary banknote distribution logistics, leading to a tight banknote supply of certain currencies in the Macau market,” the AMCM wrote in an emailed statement.
However, “after coordination between the Monetary Authority of Macao and the [banking] industry, the relevant issues have been basically solved,” it said.
Asked what specific measures were taken, the AMCM said that it had asked banks “to provide appointment services for cash requisitions [and] currency exchanges.”
The Monetary Authority, which operates as the SAR’s de facto central bank, said that “the public can also utilize other available electronic banking services (e.g. remittance) to conduct personal RMB business.”
Currency exchange desks surveyed yesterday by the Times reported varying levels of renminbi stock.
As of yesterday evening, Banco Comercial de Macau was offering 84.02 yuan for 100 patacas and reported that customers were limited to withdrawals of up to 5,000 yuan. Casa de Cambio Lisboa was offering 83.20 yuan with no limits to withdrawals, however noted that their reserves on that day were running low with “just thousands of RMB left.” Casa de Cambio Soi Cheong was offering 83.72 yuan with no limits and reported having “enough RMB”.
The current daily RMB remittance limit to the mainland by Macau residents is 80,000 yuan.