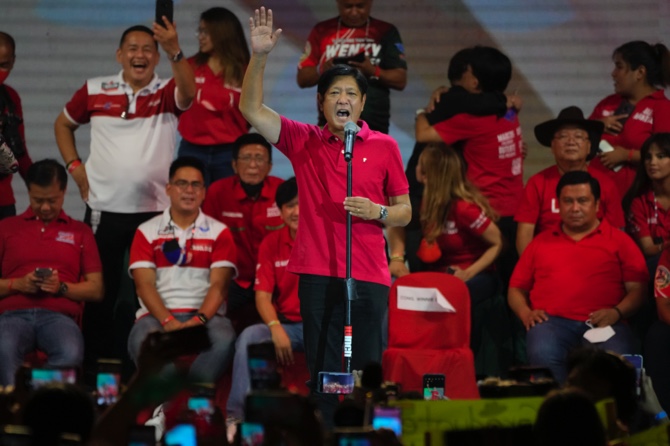 Voter turnout for the Philippine election in Macau SAR stood at 67% as of yesterday morning, according to a statement provided by the Philippine Consulate General.

This is the highest voter turnout the consulate in the city has recorded.

The Times has obtained access to the certified list of voters for the Macau jurisdiction, which shows that over 14,630 Macau-based workers are registered: a surge of nearly 200% compared to the number of voters in the last presidential election in 2016.

Overseas voting closed yesterday at 7 p.m. The ballots will be submitted to the consulate in Hong Kong. A copy of the official election returns will be made public after the tally is compiled by members of the Special Board of Election Inspectors.

The overseas Philippine Presidential Election ran from April 10 to May 9.

According to unofficial polls and surveys held by different communities in the region, Ferdinand “Bongbong” Marcos Jr. is the likely winner.

Late last year, a number of Filipinos in Macau were detained by the Judiciary Police after two large gatherings, wearing red shirts to show support to Marcos Jr.  –  gatherings that were held without permission from local authorities.

Social media has become a key battleground in the upcoming election, and many fear that fake news or disinformation could make the already intense race even more toxic.

As cited in a report issued by the Associated Press, a triumph by Ferdinand Marcos Jr. would be a stunning reversal of the 1986 pro-democracy uprising that booted his father from office and brought global infamy on the Marcos family. Many Filipinos who are aware of the human rights atrocities and plunder that unfolded under the elder Marcos’ dictatorship would likely push back against any perceived threat to democracy or attempt by Marcos Jr. to recover assets seized from his family as ill-gotten wealth.

Marcos, who has been absent in presidential debates held in the country, is in a battle with another presidential candidate Leni Robredo. She defeated Marcos Jr. by a narrow margin in their first electoral faceoff in the 2016 vice presidential race. Her advocacies center on defending human rights and empowering the poor, partly by educating them about their legal rights.

The daughter of a trial court judge, Robredo does not belong to any of the prominent families that have dominated Philippine politics for generations. She is running as an independent with the support of a network of campaign volunteers.

With Marcos Jr. tipped to win, Philippines at tenuous moment

The son and namesake of ousted Philippine dictator Ferdinand Marcos took a commanding lead in an unofficial count of more than 60% of the votes in yesterday’s presidential election in the deeply divided Asian democracy.

Marcos Jr. had more than 25 million votes as of 11 p.m. last night, far ahead of his closest challenger, current Vice President Leni Robredo, a champion of human rights, who had 11.9 million votes, according to an unofficial count.

The election winner will take office on June 30 for a single, six-year term as leader of a Southeast Asian nation hit hard by two years of COVID-19 outbreaks and lockdowns.

Still more challenging problems include deeper poverty and unemployment and decades-long Muslim and communist insurgencies. The next president is also likely to hear demands to prosecute outgoing President Rodrigo Duterte for thousands of killings during his anti-drug crackdown — deaths already under investigation by the International Criminal Court.

Sara Duterte also had a formidable lead for vice president in the unofficial count from the Commission on Elections server. The president and vice president are elected separately in the Philippines. MDT/AP