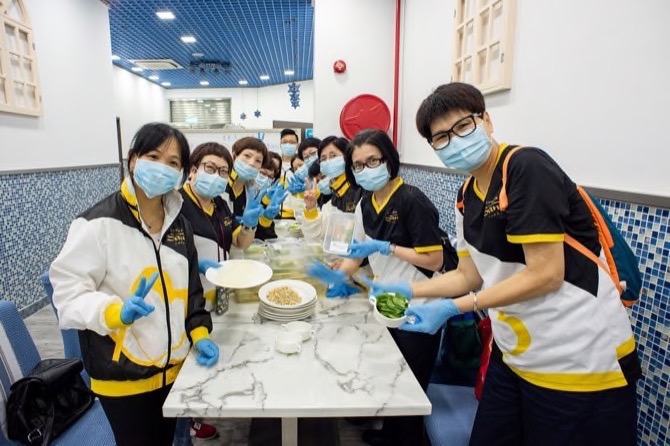 A group of around 30 Sands Cares Ambassadors spent time with about 65 members of the Fuhong Society of Macau on May 17, performing a service activity together before enjoying a buffet lunch at Sands Macao.

The outing was one in a year-long series of celebratory activities in the lead up to the 10th anniversary of the Sands Cares Ambassador programme in August 2019, with the theme “Spreading Love and Embracing Our Community.”

The day began with Sands Cares Ambassadors making Vietnamese delicacies at Fuhong’s Pou Choi Centre. They then shared the food with members of Fuhong’s nearby Long Cheng Centre.

The entire group then travelled to Sands Macao for lunch together, ending their day at 888 Buffet. Over the years, Sands China has donated several items to the NGO, including a large-format A3 printing system, and industrial-size washers and dryers, to help the NGO stand on its own feet and make an income. 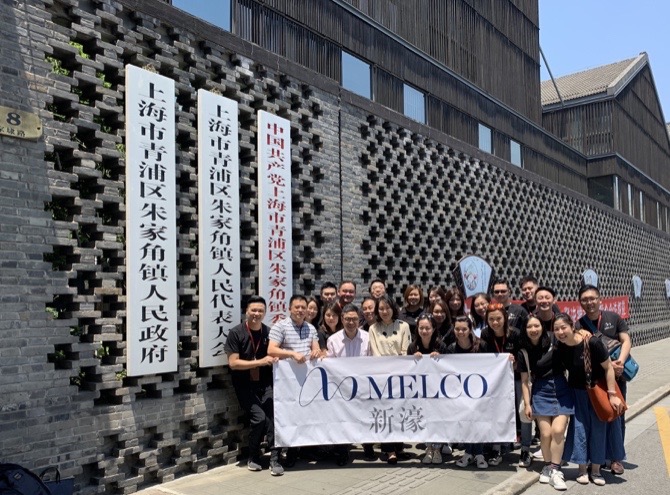 Melco Resorts & Entertainment recognizes the importance of continuous learning. With support from Liaison Office of the Central People’s Government in the Macao SAR Region, Melco hosted an exclusive national education study trip for 20 of the company’s executives as part of its “Splendors of China” learning program at the China Executive Leadership Academy Pudong (CELAP).

Arranged in collaboration with CELAP, the five-day excursion took place in Pudong, Shanghai, and was attended by management representatives from Melco’s various departments.

Conducted through courses, seminars and site visits, the objective of the trip was to broaden knowledge of the mainland’s current national conditions, its history and culture, tourism development, security measures, as well as diplomatic approaches.

The course content included dialogue sessions on the development of the Greater Bay Area, and site inspections of signature tourism models and cultural preservation areas such as Zhujiajiao Village in Shanghai’s Qingpu District.