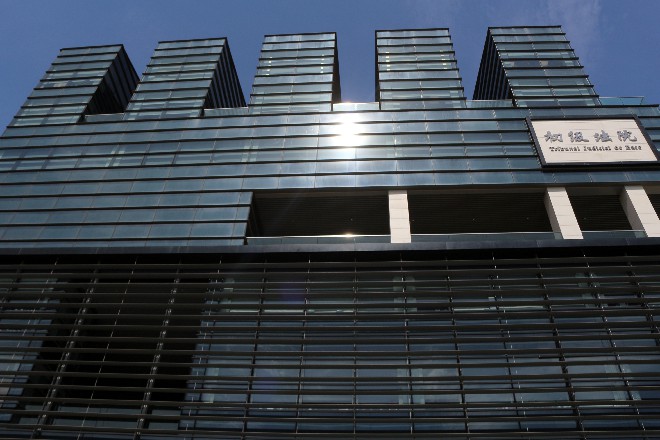 The high-profile court case involving corruption allegations against the Macao Trade and Investment Promotion Institute is drawing to a close, with the final statements from the prosecution and defense tentatively scheduled for next month.
This imminent closure to the case was acknowledged yesterday by presiding Judge, Leong Fong Meng, while organizing the upcoming court work and rescheduling witnesses to the case.
After an uneventful court session in which the majority of those called to testify did not present any relevant facts or clarifications about matters in dispute, the Judge took some time to organize the court work for the upcoming weeks.
Judge Leong called on both the prosecution and the defense lawyers to confirm the number and identity of witnesses they considered essential to call to the stand and which witnesses they might consider waiving the hearing in court for, where their testimony might be less important.
Judge Leong wanted to start with the final allegations as soon as possible, and ideally before August 11, being the date that the judiciary year closes. After this date, the courts’ activities are interrupted for the summer holidays.
The defense lawyers also expressed their wish to finalize the trial as soon as possible, and agreed that ideally, a decision should be made before the end of the judiciary year. Of note to the defense lawyers was the case of the former president of IPIM, Jackson Chang, who is undergoing trial while imprisoned.
With less than two weeks until the end of the judiciary year, that timeline seemed to be almost abandoned given that the many defense lawyers would need to prepare their final statements to court within that timeframe.
The prosecutors also predicted that their final allegations would take at least two hours to be delivered, with Judge Leong suggesting that the court would need to book at least two full days for the final statements proceedings.
In light of this, it seems likely that a final decision on the trial will be only known by September when the judiciary activity resumes.

No concealed sales at StarTower
During yesterday’s court session, one of the witnesses called to testify on the case was a former business partner of Ng Kuok Sao on the business related to the development of StarTower in Hengqin.
The witness said that, in partnership with Ng and another business partner, he had acquired one whole tower of the project, accounting for some 100 housing units. This acquisition should have cost about 200 million yuan in total.
The witness also said that the price of the whole tower was fixed at 21,000 yuan per square meter, and that that price should be the minimum sale price of the development, although he admits to having no awareness of any sales below this amount.
According to the witness, the units were sold for an average of 22,000 yuan to 24,000 yuan per square meter. In some cases, he was told by Ng to sell although he wanted to keep them to sell at a later stage with an added profit margin.
The witness also said that in all cases, the sales were subject to individual contracts and that all payments related to such contracts had to be done via bank transfer to his bank account, remarking that without exception, no payment in cash or without the signing of a formal contract had been allowed.
At the court, he also said that he did not know Miguel Ian and that he had never sold him any unit on such a project.
Such facts do not credit the theory proposed by the prosecution that Ian, a former Residency Application and Legal Affairs Division chief, had been given benefits in the acquisition of the several housing units on the tower as compensation for his help with the residency application processes at IPIM.