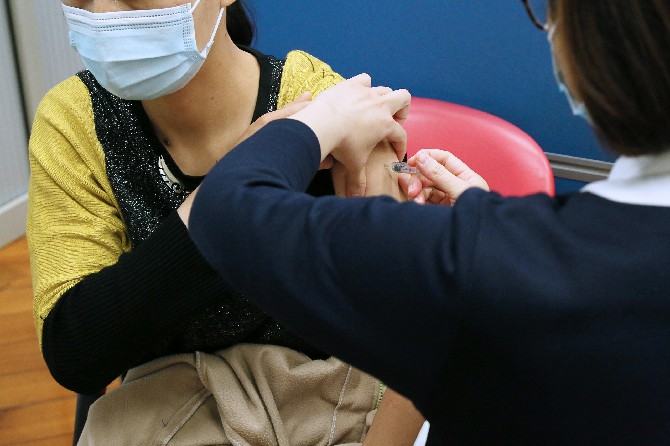 The SAR government has reversed its previous decision and is now barring all locals aged 60 or over from receiving the originally-promised shots of the inactivated vaccine developed by China’s state-owned pharmaceutical company Sinopharm Group.
Ever since the vaccination rollout commenced on Monday of this week, on February 22, some elderly people aged over 60 found themselves being rejected by staff at inoculation stations from getting the jabs they had registered for via the official system, according to a report by TDM.
On February 24, the government released a statement, stating that the government will no longer accept registrations for inactivated vaccines by senior citizens aged 60 or above.
The new regulation was handed down to ensure the vaccination scheme can proceed in the future after taking into account that some of the elderly who have registered may fail to meet the two prerequisites for receiving the inactivated vaccines, which include being at high-risk from Covid-19 and being physically fit. They were turned away by medical staff at vaccination sites, as stated in the official release.
The other mRNA-based vaccine, which is about to arrive, was developed by German drug manufacturer BioNTech and proxied by Fosun Pharma, and is “suitable for people aged 60 or above.”
“Those of this age range [aged over 60], who are inclined to get vaccinated in the near future, are recommended to register for mRNA vaccination,” according to the statement.
As of 9 p.m. on February 24, Macau saw successful vaccine registration by 25,462 locals, whilst another 9,284 have already had their jabs. The outcome so far falls within the government’s expectations, the statement said.
Around 100,000 doses of the Pfizer-BioNTech Covid-19 vaccine is expected to arrive in Macau in late February, with vaccinations slated to commence in March, Dr. Alvis Lo, medical director of the Conde de São Januário Hospital, said in a media briefing earlier.
The details regarding its rollout will be announced in due course, he said.
According to a dedicated official website on Covid-19, the inactivated vaccine has a prevention efficacy of around 80%, whilst the mRNA vaccine is over 90% effective.