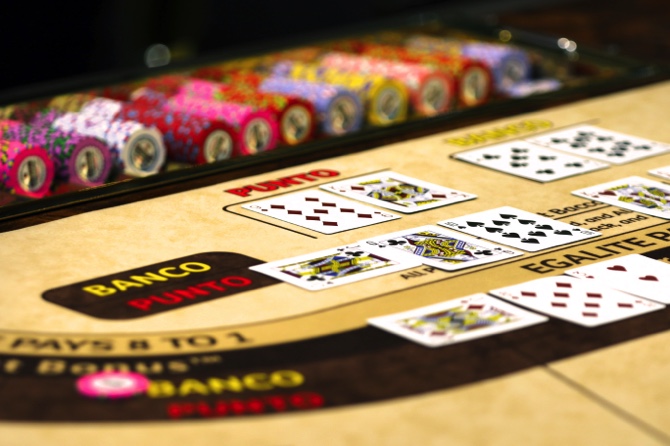 A 45-year-old man working as a croupier has been detected stealing gaming chips at a in a casino in Cotai where he worked, the Judiciary Police (PJ) reported yesterday at the regular joint police forces press conference.

According to the PJ, the man was caught in an operation organized by the PJ after the casino reported to the police that they suspected the man of the crime.

In the initial report, the casino said that they had reason to believe that the worker had been stealing chips while working. According to the casino’s calculations, he had stolen from the casino on least 17 occasions between December 13 and January 17.

The casino estimated the loss to be at least HKD161,000 in gaming chips.

Surveillance footage handed to the PJ at the time of the report shows the man pocketing a chip from his Baccarat table and subsequently, during his break, handing it to his wife in a public area of the casino.

The wife is then seen going to the casino cage to cash in the chip.

The PJ organized an operation in collaboration with the casino, aiming to catch the suspect in the act. At 8 a.m. on February 6 he was finally caught.

The PJ found that he was using adhesive tape on the palm of one of his hands, which he used to palm the chips while handling them during games. He then would store the chips until he was able to pass them to the wife who would then exchange them for cash.

At the time he was arrested it was also found that in his personal employee’s storage locker he had two rolls of adhesive tape, a pair of scissors, and one chip with the face value of HKD10,000.

Later that day in a search of his home, the PJ also arrested his wife.

On being questioned by the police, she denied any involvement with the crime. She only admitted to having on a few occasions exchanged chips for cash, but was unaware that the chips had been stolen.

Nevertheless, the PJ spokesperson said that the force has gathered sufficient proof of the involvement of both suspects in the theft.

According to the same spokesperson, the man had worked as a croupier in the casino for over eight years.

Both suspects were referred to the Public Prosecutions Office (MP) on February 7 where the man has been charged with breach of trust and the wife for assisting him in the crime.

A 40-year-old local woman, a former receptionist in a Dental Clinic in the NAPE area, has been detained by the PJ and has admitted to having stolen MOP70,000 from the cash register at her workplace.

The woman had been reported by the clinic’s owner who noticed the loss of the money after the woman suddenly quit her job.

After reviewing the surveillance camera footage, the PJ searched for the suspect at her place of residence, detaining her on February 7 at around 11 a.m.

She confessed she had committed the crime, explaining that she took the money on three separate occasions in early January this year.

She said that she would use her key to return to the venue after hours, and take the money from the cash register.

She explained her crime by saying that she needed to repay debts contracted in a previous business venture.

She said that she only intended to borrow the cash temporarily. She explained that she thought she could use it to gamble, win more money which she could then use to repay both her debts and her employer. However, she lost all the money at the casino.

The case was referred to the MP on February 8 for further investigation, and for the woman to be charged.