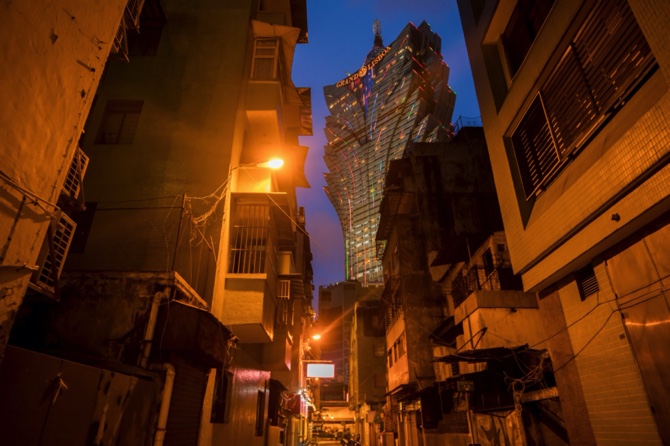 The man on the run is suspected to be the mastermind behind the scam, and earlier this month organized an investment meeting inside a casino VIP room located at ZAPE. One victim has fallen for the scam to date.

The ‘mastermind’ also created a group chat on a mobile chatting app to teach the participants how to manage their investments. The scammer told the victim that, in the first month after investing, the victim could get 100 yuan for every 10,000 yuan she invested.

Confident in the investment, the victim, who is a mainland woman, transferred a total of 140,000 yuan to the man through a mainland bank account.

On November 6, the victim saw her money in her investment account. However, the next day, the money had already been withdrawn. She also could not get in contact with the man through the group chat.

The two had invested in casino VIP rooms before, however their investment failed to yield profits.

Thus, on November 6, the mastermind organized the meeting to persuade people to invest in his “project.”

In this specific case, Wong claimed that he was working for the mastermind and said that the organizer had taken all the scammed money.

The suspect Chow claims that he was only responsible for running errands and renting the meeting room for the presentation.

A non-local man has lost HKD119,000 after falling victim to a phone scam, according to the Judiciary Police (PJ).

On November 9, the man, who is a blue-card holder, received a phone call from an unknown Mandarin speaker. The person told him that he is listed as a criminal by the mainland police authority because he mailed prohibited items to mainland China.

He proceeded to have several conversations with more individuals pretending to be mainland police officers and mainland prosecutors.

During his phone calls with the scam artists, he was instructed to transfer a total of HKD119,000 to a Hong Kong bank account.

After transferring the money, the victim went online to search for information about scams which raised his suspicions that he had fallen victim to a phone scam.

A mainland student in his twenties reporting falling victim to a mobile chat scam.

Earlier this month, the student got to know a woman with whom he had several conversations through a social network.

The student believed the woman’s claim and transferred the money to the woman’s mainland bank account. JZ