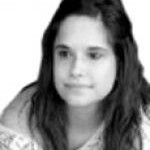 Attempting to launch an unofficial referendum on universal suffrage, three pro-democratic groups faced another setback this week, as the Court of Final Appeal (TUI) rejected the Open Macau Society’s plea to place polling stations in Macau’s streets.
Jason Chao, Open Macau Society’s president, will be revealing the group’s Plan B today. The political activist has already said that they will be moving forward with the civil referendum, urging Macau’s population to comment on universal suffrage for the Chief Executive election in 2019.
After IACM’s refusal to allow pro-democratic groups to set up polling stations in public areas, and TUI’s decision to uphold that verdict, the civil referendum is officially out of Macau’s streets.
It doesn’t mean, however, that it won’t be held at all, as Jason Chao had already stressed that the organization has thought of a Plan B. With public space out of the question, it’s clear that pro-democratic groups will resort to a private venue, as well as online voting.
TUI’s ruling provided quite a clever and substantiated explanation for the judges’ decision to reject the Open Macau Society’s appeal. The court said a civil referendum falls under “praeter legem,” meaning that it is not a concept clearly addressed by the law. The scenario changes when we talk about a reunion or a protest, activities that are framed as citizens’ rights under  the law.
Authorities, the court said, have an obligation to create conditions ensuring that people may exercise their rights. However, as the civil referendum is not a right listed in Macau’s law, authorities have no obligation to create those conditions by ensuring that pro-democracy groups might use public space to hold such an activity.
The decision is quite clever, but for those who are not legal experts, it surely raises questions: does this mean that any other activity that is not a reunion or an assembly may not be organized in public space if authorities are not willing to authorize it? It seems then that, just because it’s not our right to hold a party or any other type of event in a public area, authorities do not have to provide us with conditions needed for such an activity to take place.
TUI’s decision is also interesting if we compare it to a previous one related to the civil referendum. The Open Macau Society was intending to hold a series of assemblies promoting the ballot early this month, but their intentions failed after the Civic and Municipal Affairs Bureau rejected their request, leaving the group with no other option but to appeal to TUI.
The Court of Final Appeal decided to provide a non-decision, meaning it refused to rule on the case, saying it didn’t have grounds to provide a ruling, as the civil referendum wasn’t a protest or a reunion.
In TUI’s ruling released this week, judge Song Man Lei wanted to provide a similar judgment, but the other judges voted in favor of rejecting the appeal. It is interesting to see how the interpretation of the law leads to such a different result.
Furthermore, although the Portuguese version of the judgment hasn’t yet been released, from what I understand, TUI’s decision hinted that the referendum is not necessarily illegal.
If a civil referendum falls under “praeter legem,” it means that it is an activity that it is not recognized or regulated by law. It means then it is not against the law. Judges also stated that citizens are allowed to do anything that does not go against the law.
Even if not illegal, the truth is that the Open Macau Society won’t be able to take the referendum to the streets, as was already expected. Still, their purpose has been served, even before the referendum is held.