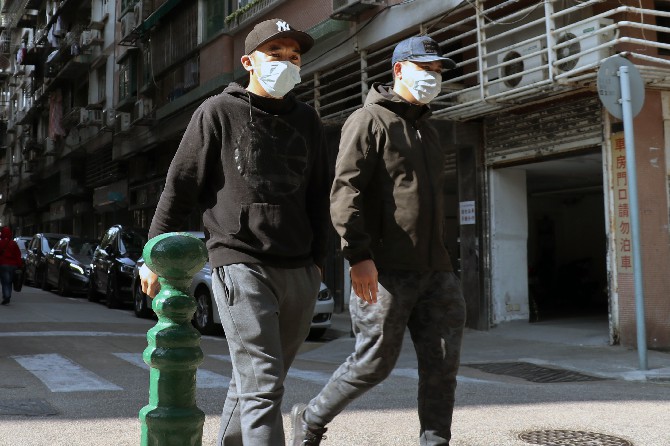 Some non-resident workers who were forced to give up their blue cards due to the closure of companies caused by the economic downturn are facing difficulties in finding new work, as they are required to find a job that has the same quota code as their former employment.
According to the Law for the Employment of Non-Resident Workers, a new stay permit may be issued to the same migrant worker if they carry out, within six months, a new job identical to the occupation authorized under the last employment permit.
Applications for the employment of a non-resident worker who will be employed under a different quota code will not be approved.
This is another challenge that some non-residents are facing – particularly now that many of them are seeking direct employment before the new employment law concerning them comes into effect in October.
This new amendment was formerly dubbed by a labor law expert as a nuisance, as it will only make it more difficult for non-skilled applicants and employers to go through the process, given that the city has been relying on a supply-and-demand system.
Meanwhile, although some of the dismissed workers have been hired directly by new companies, the Times is aware of cases in which, during the visa application stage, these applications were denied.
“I was already hired by a factory that produces masks, but the [visa application] was denied by [immigration] authorities as the quota is not similar to my previous one. This really adds a challenge to us as we continue to seek … employment,” said a non-resident worker who has been terminated due to the closure of an SME.
Since direct flights from Macau to Manila are still unavailable, these recently laid-off workers have been receiving consideration from immigration regarding the visas given to them.
Normally, workers in this situation only have eight days to leave the Macau SAR.
Last month, the Labour Affairs Bureau (DSAL) disclosed that 13,000 non-resident worker quotas were deducted in a bid to shore up employment opportunities for local workers.
The Times contacted the bureau to enquire as to which industry had cut the largest number, and ask whether it was planning to halt the issue of work permits to non-resident workers amid the struggle of many local residents to find employment. However, no reply was received by press time.
Previously, when reviewing extensions to non-resident working permit applications, the DSAL said that it would check whether local workers were willing to fill the position first.
The migrant worker interviewed by the Times was offered 7,500 patacas to work in a mask factory – a salary that is not attractive to most Macau residents.
It is also worth noting that there are jobs that would be difficult for local residents to fill, as some may refuse to change career or take on such roles.
Also, terminated non-resident workers are chasing time to seek new employment as they are bound by a six-month ban if they fail to find one due to an unfinished contract.
The six-month ban, under the existing Law for the Employment of Non-Resident Workers, has been a significant issue for these workers as the ban can be applied to migrant workers who quit their jobs without finishing their contracts. This is also likely applied to the workers who have been unemployed due to closures of business.
“It is worrying for us, mostly because of the six-month ban once our visa is over. It’s extremely a challenge to find another job that has the same quota code as the former job,” said the migrant worker.
He added that he had already been contacted by the Overseas Workers Welfare Administration, a Philippine government agency, regarding whether he would join the repatriation flight on September 26.
Another migrant worker is facing a similar issue. He had a work trial, yet was rejected when the potential employer found out that his former quota code does not match with what the employer has.
Some employers and companies in the SAR have shown initiative and canceled quotas that could not be used due to the closure of the border and other reasons. The city still has entry bans on foreigners in place, which cover blue card holders and tourists from outside the greater China region.
Meanwhile, since the new employment law is set to take effect next month, many of these migrant workers refused to go back home – despite repatriation flights – as they would face another hurdle in seeking employment in the city once the border reopens and in finances, due to agency fees.