The New Macau Association (ANM) is calling for the resignation of Chui Sai On amid claims of the Chief Executive’s “poor integrity and alleged involvement in corruption,” after news broke of the Jinan University donation controversy.
Last week the Macau Foundation announced that it was donating RMB100 million to Jinan University to coincide with the institution’s 110th anniversary.
Controversy ensued following the implication that Chui’s double role as the president of the Council of Trustees of the Macau Foundation and his time serving as Vice Chairman of Jinan University Council would, as ANM put it, make him “undoubtedly involved in [a] conflict of interest.”
ANM is now calling for the resignation of Chui over the RMB100 million donation and ensuing claim that the agreement could be considered a case of corruption.
They are also demanding that the donation be withdrawn and that the enactment of a law to regulate the use of public funds be made to prevent future instances of alleged corruption.
“It is widely speculated that Chui agreed to the funneling of Macau public money to Jinan University in the name of ‘donation’,” reads an ANM statement. “We find these tricks that abuse the public resources of Macau intolerable.”
A petition has been submitted to the government calling for their response to the three demands within 48 hours. According to New Macau, as of last night the petition had gathered over 2,000 signatures.
The association has given the government until the end of today to respond. 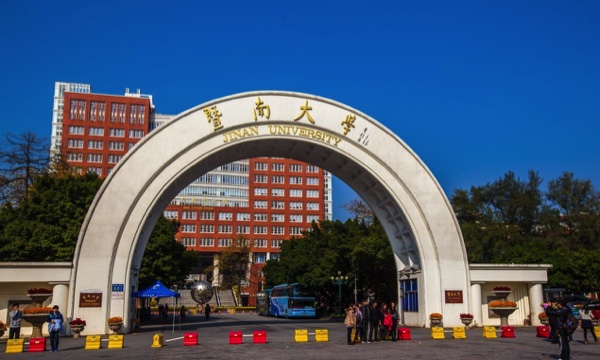 In the absence of a response from the government, ANM is ominously threatening to “consider taking further actions to safeguard the proper use of public money and to demand Chui step down.”
The Government Spokesperson Office issued a statement over the weekend justifying the donation. They explained that the MSAR maintains strong links with the mainland and wants to give back to the “motherland” through contributions to its educational development. The office says that such donations are an obligation of Macau.
The statement assured the public that financing these new facilities at Jinan University would in no way affect the finances available to local tertiary institutions.
However, ANM President Scott Chiang said in a TDM telephone interview that the “donation lacked transparency in [light] of all the cut-backs [to the] local budget and other support to local universities.”
The Spokesperson Office also claimed that the financing may indirectly benefit Macau since “there are many locals that were educated at Jinan University.” As many as 30 percent of overseas students receiving scholarships from Jinan University are locals from Macau, it added.
According to the Macau Foundation, approximately 300 Macau students are admitted to Jinan University each year.
“Supporting the development of Jinan University is in fact a long-term investment in the training of talented local people, so it will eventually benefit Macau,” another statement from the Macau Foundation reads, echoing the words of the Government Spokesperson Office.
The Macau Foundation further stressed that Jinan University had not been the only institution to benefit from public funding from Macau. Others, such as Peking University, Qinghua University, and Renmin University, have also received funding in recent years.
This most recent donation, however, represents the single largest donation to the university since 1978 when the school reopened, according to a report by Macao Daily News.
A proportion of the funds will be dedicated to the construction of two dormitories for students from Macau and Hong Kong.
The Government Spokesperson Office concluded its statement with an appeal for the “rational treatment of the issue in order for us to show commitment to the development of education in mainland [China] and in Macau.” Daniel Beitler