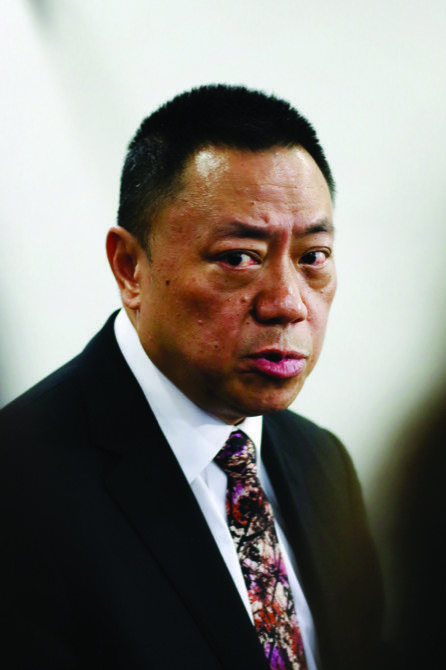 Secretary for Economy and Finance Lionel Leong is confident in Macau’s economy, he told the media on Friday.

“There are a lot of things we have to do, but I’m confident in the long-term of Macau’s economy,” said Leong.

The Secretary remarked that, thanks to the entire city’s efforts, Macau saw considerable economic growth in 2018.

In 2017, Macau’s GDP expanded by 12 percent when compared to the previous year, which recorded growth consistent with that of 2015.

Leong believes that the changes in Macau’s rate of growth through the years are “making sense.”

“During the year of 2018, there were several variables around the world. Macau is a small place; we are highly affected by the external environment,” explained Leong.

However, regarding 2019, Leong expressed his confidence in seeing growth amid uncertainty in the global economic environment.

“We can see that 2019 will also be a year where we may encounter things that are not easy to predict,” said Leong, adding that “as we said before, we are looking at a stable economic environment, but simultaneously we also want to get some improvement. But I have to say that those improvements won’t be expected [to produce results] like the growth in 2017.”

“Minor growth is what we are trying to [achieve]. There are no guarantees,” Leong remarked.

Once again, the head of the economic sector pointed out that “Macau’s economy is quite easy to be affected by the external environment,” and, because of that, the “Macau government has to be really conscious.”

“We [have been and are] monitoring what is happening around the world and what is happening in Macau in order to make sure that the quality of our growth benefits every party, everybody, even small and medium [sized] enterprises,” Leong said.

Moreover, according to Leong, gaming revenue in February recorded a 4.4 percent increase, bringing the total gaming revenue of January and February roughly in line with the same period of 2018.

Leong further noted that the contribution of the mass market has been growing. Stronger mass-market performance might be good for the local economy, because it improves Macau’s resilience in the face of global economic volatility and assists in the sustainable development of the city’s economy.

Leong additionally said gaming revenue was best evaluated on a quarterly basis, especially with regard to the first quarter each year. He went on to explain that the calendar month in which the Lunar New Year fell from one year to the next – and whether the month of February was lengthened due to a leap year – could make a difference to gaming-sector performance.