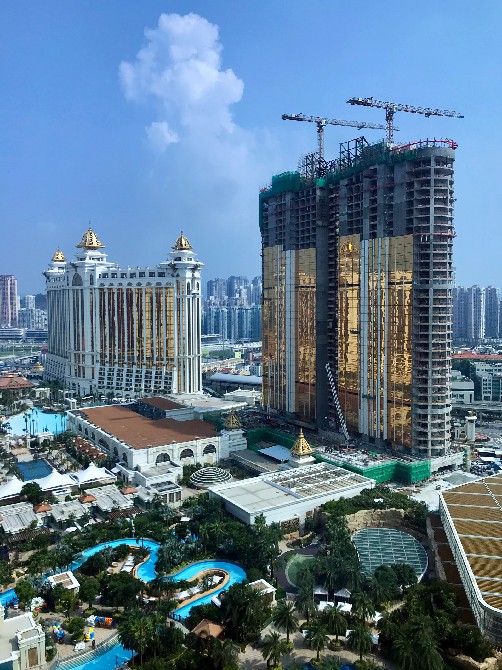 The Times has recently learned that two luxury hotel brands, the Edition and the W, have made plans to open their respective first properties in Macau.
According to sources that requested anonymity because they are not authorized to speak to the media, the Macau Edition will be located within the Galaxy Macau, very likely in the high-rise building opposite the Taipa Barracks of the People’s Liberation Army Macao Garrison.
Meanwhile, the Times has also learned that W Hotels and Melco Resorts and Entertainment have signed a letter of intent on a project that involves a new W Hotel at the Studio City integrated resort in Macau.
The development plan of an earlier Studio City project, before it was acquired by Melco, included a W Macao Hotel, alongside several other international hotel brands.
A representative of Melco, Chimmy Leung, Executive Director of Corporate Communications, said in an email to the Times, “we have no announcements to make on the matter at the moment.”
Leung signaled that the company would keep the media posted on any updates about the resort.
Meanwhile, asked to comment on the Edition hotel project, a representative of Galaxy Entertainment Group, said they were unaware of such plans. However, the representative said that a new hotel project, the Andaz Macau, was being constructed by the main entrance to the existing JW Marriott Macau.
Managed by Marriott International Inc., the Edition brand is one of the hotel chain’s luxury hotel brand and shares the same status as the Ritz-Carlton. It was under Starwood before its acquisition by Marriott. The Edition brand is known for its lifestyle focus.
The W brand, also managed by Marriott, is a luxury hotel brand focusing on a clientele looking for chic, hip or even postmodern designs.