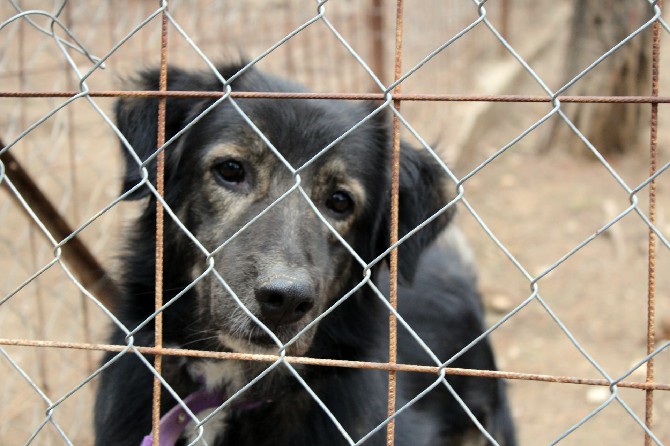 Eight local animal welfare organizations joined together and submitted a petition letter to the Chief Executive yesterday to request that the government adopt the widely used Trap-Neuter-Release (TNR) mode of handling stray animals, among other suggestions.
The TNR method attempts to control the number of stray animals by systematically catching them before administering spay surgery to them. When they recover from the surgery, they will be released into their neighborhood. As the animals will have lost their reproductive ability, they will not be able reproduce further stray animals.
Records show that there was a brief period of TNR implemented on stray cats between 2007 and 2015. The government withdrew the TNR approach after that and has been reluctant to restart the program since then. Its latest justification is that it did not see requisite conditions for the method to be used across the city.
After handing in the petition letter yesterday, the leader of the Macau Animal Welfare Association, surnamed Lai, revealed, “We have actually been discussing with the Municipal Affairs Bureau (IAM) regarding the TNR program.”
“In addition, we have also conducted site inspections at locations we estimate to be appropriate for trail operation of the program,” she added.
Listening to the recent comments the government has made about TNR program in Macau, Lai felt “astounded, especially when we have been in negotiation with the authorities.”
Lai added that culling is not a feasible way to control the growth of the stray animal population, because “it can never keep up with the growth rate.”
Currently, the IAM euthanizes sheltered animals after a certain period if they are not adopted.
Another animal welfare lobbyist, Josephine Lau from the Abandoned Animals Protection Association of Macau, expressed her confusion about “why the government is closing the door on the TNR program and volunteer feeding without even trying.”
A possibility is that, if put in place, the TNR program will put extra burden on the authority.
“We have also suggested to the government that when the TNR program is in place, it should operate a registration system for volunteer feeders, who will bear volunteer ID after registration, to follow up with the released animals,” Lau said.
For example, they can help keep track on the number of stray animals and their health conditions, she explained.
Furthermore, the organizations also suggested there should be a training program for volunteer feeders to educate them on the right manner of feeding stray animals, such as how to keep the area clean.
“Harmony is emphasized in Macau, so we should look for a harmonious way to resolve the situation,” Lau stressed. “A way that doesn’t impact public hygiene and [animals’] lives; a way that can protect them and ensure the cleanliness of the neighborhood.”
Lau was not convinced by the data that the IAM has previously released, which indicated that 70% of the stray or abandoned animals that it caught were successfully adopted.
Lau said that the eight animal welfare associations have seen a lot of “returned animals.”
“Young animals are usually cute and more appealing,” she said. “But many of them get ‘returned’ when they start growing.”
On the other hand, the rise in the adoption rate was also partly generated by animal welfare associations “rescuing” the animals from the IAM.