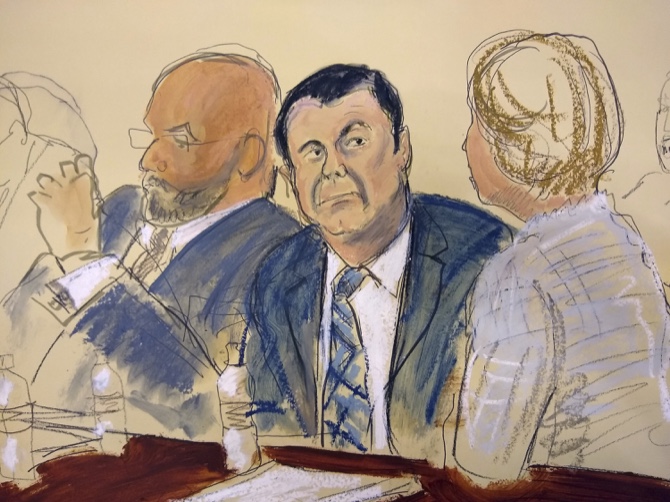 The U.S. trial of infamous drug baron Joaquin “El Chapo” Guzman has uncovered the excesses of a lavish lifestyle that took him around the world, from his home in central Mexico to the gambling tables of Macau.

Miguel Angel “El Gordo” Martinez, a former associate of Guzman who served as a pilot and senior Sinaloa cartel leader, testified in court this week, describing the movement and expenditure of millions of U.S. dollars every month on properties, drugs and and bribes for both subordinates and enemies. El Chapo, who was born into poverty before turning to drug dealing, reportedly received his money via private jets, bringing in as much as USD30 million per month.

“In the ‘90s he had four jets, houses on all the beaches, ranches in all [Mexico’s] states,” Martinez testified. “We travelled all over the world […] to Brazil, Argentina, Aruba, throughout Europe, Japan, Hong Kong, Thailand, Peru, Cuba, Colombia, Panama,” he said.

It was “the best business in the world,” Martinez told the Brooklyn federal court.

In Thailand, the drug baron established a network that allowed him to buy heroin for $10,000 per kilogram, which would be trafficked to the U.S. to be sold for as much as $130,000.

In Switzerland, he would retreat to specialist anti-aging clinics, “where they put cells in you to make you younger,” Martinez said, in reference to the youthful appearance of the 61-year-old El Chapo.

Guzman had an array of extravagant possessions across his homes – one of which was an estate so vast that it required a train to reach the various amenities, such as swimming pools and tennis courts. He also kept exotic animals like tigers, lions and panthers in a personal zoo at his home in Guadalajara, Mexico.

Up to $20 million in cash was stored in secret compartments designed by architects across some of his properties, which Martinez alleges were constructed with the exclusive purpose of hiding liquid assets.

Martinez also said that Guzman paid out $12 million per month in bribes to protect himself from arrest, which included paying off his enemies and wiretapping multiple girlfriends.

But he also rewarded his friends and loyal subordinates. Martinez claimed to have earned $3 million in just a few years working for the drug cartel and received a Rolex watch encrusted with diamonds. Guzman reportedly once bought 50 expensive cars via Martinez as Christmas presents to reward other cartel workers.

Guzman was extradited to the U.S. last year from Mexico. He has pleaded not guilty to drug-trafficking charges, with his lawyers claiming he is being framed by shady cooperators.

In opening statements, a defense attorney suggested Martinez couldn’t be trusted as a witness, saying he had such a severe cocaine habit while he was working for Guzman that it damaged his nose. He admitted on Tuesday that “unfortunately” he was using up to 4 grams of cocaine each day at the time, but had not touched it for 20 years.

Martinez was on the witness stand in the third week in federal court in Brooklyn, where there has been a minor stir over prosecutors accusing defense lawyers of violating strict security measures by providing Guzman’s wife, Emma Coronel, access to a cellphone in the courthouse.

The judge indicated on Tuesday that any immediate concerns had been resolved.