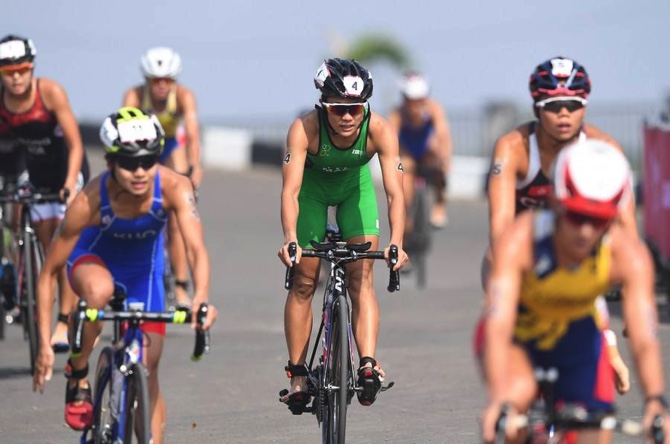 The restrictions imposed since 2020 on local residents’ entry and reentry into Macau are contributing to a loss of the international experience previously enjoyed by local athletes and teams, athletes and sports associations, leaders said in a recent report published by Portuguese news agency Lusa.

According to the report, the long quarantine periods, together with the fact that local athletes are not professional and so are unable to dedicate their lives fully to sports as they have other day jobs, are contributing to the non-attendance by local athletes of nearly all international competitions currently taking place.

One of these examples is the triathlete Hoi Long, one of the most successful local athletes in this sport, who is currently missing the Deaflympics in Brazil, an Olympiad-like game dedicated to athletes with a hearing impairment.

Hoi explained her decision to withdraw from the games this year with reference to “Macau’s quarantine policy,” as well as the risk and logistical complications in traveling to Brazil from Macau currently. Due to her professional duties she is unable to undergo the mandatory medical observation in quarantine on her return to Macau, which calls for a 14-day quarantine in a designated specialized hotel to which another seven days of health self-management at home are subsequently added.

Since Brazil is also classified by local health authorities as an area of “extremely high risk” for Covid-19 infection, Hoi would have also to present three negative tests for Covid-19, carried out in the five days before the return trip.

The 37-year-old athlete is currently undergoing studies for a Doctoral degree in sports at the Shanghai University of Sport. She is also a civil servant, as is an employee of the Sports Bureau (ID).

“I need ID permission to go to Brazil, either to grant me a leave authorization from work or to participate in the event,” she said to Lusa, remarking that since the Covid-19 restrictions started in 2020, she had been missing in between four to six international competitions each year.

Critical of some of the pandemic prevention and control measures being enforced, Hoi said that the closure of sports facilities in Macau on several occasions during the pandemic has harmed young athletes the most.

“Without the significant experience acquired in competitions [namely international level ones], they are losing their focus and motivation,” she said, hinting that local sports is following a declining trend.

Also unhappy with the situation is the president of the Macau Sports Association of the Deaf, George Ao Chi San, who voiced regret over Hoi Long’s absence from the Deaflympics, noting, “She would have [had] a good chance of bringing some medals home.”

Ao also noted that the withdrawal from international competitions has, in his opinion, had a great impact on the local athletes’ goals, as well as on their training programs.

According to World Triathlon, the international governing body of the sport, Hoi Long is currently ranked 170th in the World Triathlon Individual Olympic Qualification and 50th in the Continental ranking for Asia.

No ëeliteí in adapted sports

In the interview with Lusa, Hoi expressed regret that the Deaflympics are not seen as a priority by the local government, noting that there is a very clear distinction in the treatment given to regular sports in comparison to adapted sports.

“[They say] my goal shouldn’t be the Deaflympics. That’s not the reason why they [the government] put me in the elite athletes’ program, but for me to get prepared for the Asian Games. If the [participation in the] Deaflympics or Paralympics Games in China affects in any way my plans for the triathlon competition [in the Asian Games], I have to prioritize the triathlon,” she explained, as she has regularly participated in both regular sports categories and adapted categories of sports.

The athlete also expressed dismay over the lack of knowledge that persists regarding the education and sports training of a child with disabilities, underlining the importance that a medal can represent in adapted sport.

“This represents … society’s view. People think that sports for people with disabilities are not as competitive as regular sports,” she concluded.

When questioned on the topic, ID said that it is paying attention to the matter and has been helping local athletes on their return to Macau after competitions.

In the particular case of Hoi, ID noted that when athletes participated in the National Games for people with disabilities last year, the ID “[excused] her from her job responsibilities during the period of medical observation”.

Another sport that has been affected by the same restrictions is hockey, the president of the Macau Skating Association (APM) António Aguiar said.

“Local hockey teams have also been quite affected, especially at the level of competition,” Aguiar said to Lusa.

During the past two years, local teams have been losing “international references” due to the quarantine policies.

“If there is a quarantine, it’s the government itself that will disallow [athletes] from participating [in the competition],” he explained, adding that the development of both roller and inline hockey is closely attached to the competition, especially at an international level.

“From a competitive-level point of view, [local sports teams] are now weaker than they were before the pandemic,” Aguiar remarked, adding that if there is no change in the current border restrictions, the development of sports in Macau “will further lag behind in comparison to the other countries and regions.”

The APM president hopes that Macau’s roller hockey team can resume its international activity by the end of October this year when the World Skate Games will take place in Buenos Aires, Argentina, as the ten-time Asian champion has seen all the international tournaments of 2020 and 2021 getting postponed.