Environment | Analysis: What is being done to reduce,reuse, recycle? 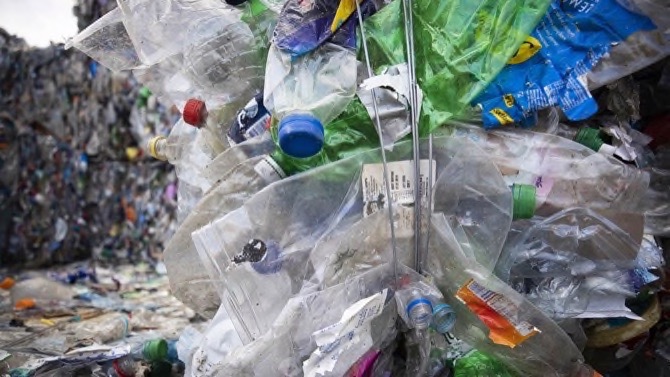 It is truly an era of saving when in even places like Macau, restaurants and eateries are starting eco- friendly initiatives.

A coffee chain and a fast food chain have forgone traditional plastic straws, with the former turning to straw made with paper. A larger enterprise is about to substitute disposable water bottles with biodegradable paper cups. The Environmental Protection Bureau (DSPA) is starting to work with the Public Security Police Force by adding reusable water bottles to officers’ daily gear.

However, despite the noise about waste control work in Macau, the data shows that the city is not being very efficient when it comes to resource conservation and recycling.

According to the environmental authority, an average of 2.11 kilograms of waste per person is collected daily in the city, significantly higher than in Beijing (1 kilogram), Hong Kong (1.39 kilograms) and Singapore (1.49 kilograms).

In addition to the disproportionate amount of waste generated in Macau, just 20% of it enters the recycling process each year.

The famous three R’s of waste management – reduce, reuse, recycle – have been the backbone of the global environmental protection movement in past decades. From the “BYOB” (bring your own bag) action decades ago, to current “bring your own bowl” action – even promoted by the DSPA – most of these initiatives lie within the scope of the three R’s.

A consensus emerged in environment protection circles to prioritize “reduce” actions, meaning less resources should be used in daily life. “Reuse” resources if using them is inevitable and “recycle” them as a last resort for resource conservation.

That’s because many daily items are surprising resource- expensive to make in the first place.

Take plastic bags, for example, which have long been subjected to government measures to restrict or ban their use. According to science website phys.org, one recent study in Denmark showed that in order to compensate a shopping bag’s lifecycle, a polypropylene bag must be used 37 times, while a cotton bag must be used an astonishing 7,100 times.

A 2006 U.K. study considered only the bags’ impact on climate change, but found that a non- woven cloth bag should be used 11 times and a cotton bag 131 times in order to offset its production’s contribution to climate change. That’s less astonishing, but still rather a lot.

The Australian Broadcasting Corporation states that “reusable bags need to be used at least 50 times in order for their environmental benefits to be realized.”

GingerRice Kong, convener of the Macau Free-cycle Society, has been working to encourage people to “free-cycle” their resources, which is the process of passing on usable materials. This not only recycles resources, but also reduces the amount of new products being made.

Kong said this initiative was started to spread the idea of treasuring the things around us. She also encourages people to avoid making waste. At the recent Tap Seac Craft Market, she ran a booth selling refurbished and decorated red packets. The packets were decorated with used materials as well.

In terms of reducing the use of disposable packaging, a new wave of “unpackaged purchases” is emerging. Several establishments, as far as the Times knows, one in Bairro Horta da Mitra and another opposite Fortune Tower, are offering this relatively new type of purchasing method in Macau. The former sells eco-friendly and fair trade ingredients, while the latter sells bio-degradable cleaning agents. Customers are encouraged to bring their own containers to reduce the use of new materials.

In April, the Times asked a DSPA representative about their work educating people on the seven types of plastics, only some of which the bureau is capable of collecting for recycling. The representative admitted that only certain types were ready for recycling in Macau, but did not answer about the state of education efforts on the topic.

In their absence, it has fallen to non-governmental groups to disseminate information about the different types of plastics.

A campaign called “Waste No Mall” was recently brought to Macau. The initiative, originally from Hong Kong, aims to collect waste that cannot be recycled in Macau and bring it to Hong Kong for recycling in person. Collection points are set up at locations across the city on every third Sunday. The latest collection point has been installed at lawmaker Agnes Lam’s office.

Lam was critical about the government’s efforts. “[The DSPA] has just started collecting lighting gadgets for recycling. It should and could have been done long ago,” she said, “and the effort on collecting used batteries should have started much earlier.”

“Because current efforts are not working, the ‘Waste No Mall’ campaign symbolizes the general public’s greatest effort to help save the world,” Lam told the Times. 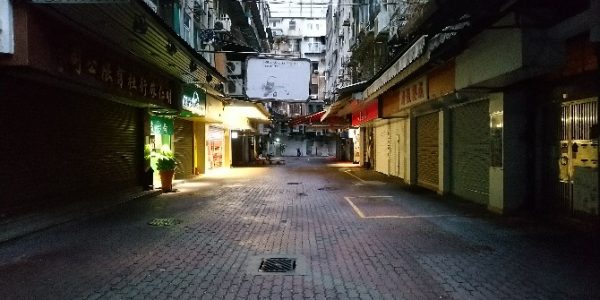