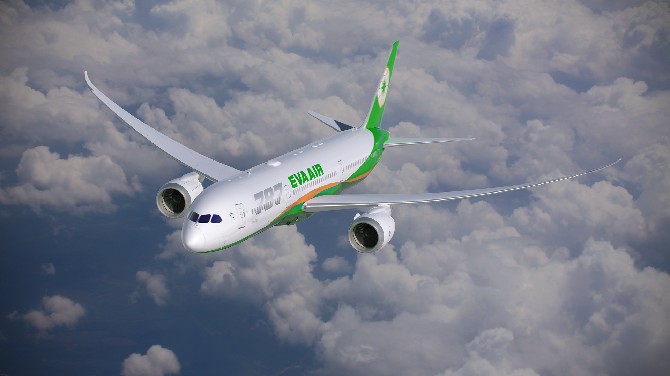 EVA Air said it is monitoring passenger travel demand from the Macau SAR to European countries and making necessary adjustments to its flight schedules.
Last week, the Macao Government Tourism Office (MGTO) said that the airline will operate five flights from Macau to Europe in August and September.
Three flights will depart from Macau on August 26, September 9 and September 23, lay over in Taipei and then fly to London.
In a written reply to a Times enquiry, the Taiwan-based carrier declined to specify how many passengers are expected to use the route.
The airline said that “EVA Air does not own the freedoms of the air to operate non-stop flights from Macau to Europe.” Instead, the airline only offers services via Taipei on these routes.
Another two flights will head out from Macau to Taipei on August 28 and September 4, before continuing on to France.
As cited in a TDM report, a local travel agency said that the flight to London on September 26 is already fully booked.
The popular trips of this scheme are to London and Lisbon.
The same travel agency noted that they receive some 200 to 300 enquiries, while some have already booked or have paid the required deposit.
Among the special flights to Europe, some seats are going for between 13,000 to 15,000 patacas.
It was clarified earlier by the tourism bureau that these are commercial flights and are not financed by the government – thought they were partly arranged by the government after negotiations with EVA Air.
The flights are purposely coordinated for Macau students to travel to the European continent to study for the next academic year. However, all interested Macau residents are encouraged to contact EVA Air regarding the details.
Meanwhile, Air Macau also provides transport possibilities to London but, instead of laying over in Taipei, the flight will transit through Seoul from where local students can take transfer flights to London. The timing of the flights of the local based carrier is still unknown.
It will fall to travel agencies to relay the quarantine requirements imposed by different jurisdictions upon arrival in the European capitals.
Due to the travel restrictions put in place by the city and neighboring region of Hong Kong, the government discourages local residents from flying via Hong Kong because of the third wave of Covid-19 still persists.